After several years of relative stability, the library trade ebook market is again shifting in disconcerting directions. These shifts may indicate a convergence toward a common business model for library ebook lending, which may improve efficiency in a library’s administration of trade ebook titles. However, the American Library Association (ALA) has ongoing concerns over library prices for ebooks and audiobooks.

Within the last few weeks, two of the largest trade publishers—Hachette Book Group (HBG) and Simon & Schuster (S&S)—made significant changes in their terms for libraries. These recent developments follow changes to the pricing model at Penguin Random House (PRH) last October, and the recent imposition of a 90-day embargo on selected digital audio titles by Blackstone Audio.

Among the Big Five publishers (HBG, HarperCollins, Macmillan Publishers, PRH, and S&S), pricing for one copy remains excessively high, in the $50 range for two years of library access, compared with the $15 range for perpetual access by consumers. Four of the Big Five now employ a two-year access model, which poses challenges to collection development and preservation.

Further changes are on the horizon. At this time, none of the Big Five employs an embargo, save for the “test” that Macmillan instituted for its Tor imprint in July 2018, which ALA opposed. However, ALA is expecting Macmillan to make an announcement about its ebooks by the end of this summer. Based on its Tor test, Macmillan has had quiet consultations with a handful of librarians and ALA. It remains to be seen where Macmillan will end up—and the recent announcements by HBG and S&S may well have them reassessing their conclusions. ALA is greatly concerned that the embargo in the Tor pilot will become standard practice and spread to other Macmillan titles. An embargo policy is contradictory to the library mission of equitable access to information, and ALA is unequivocally opposed to the practice.

Regardless of the outcome of the Macmillan announcement, it is time for ALA to ramp up engagement on the library ebook lending front. The recent resolution by ALA Council to reestablish a digital content working group to engage units across ALA and in the library community broadly is a good start.

Through its leadership in Chicago and Washington, ALA will continue negotiations with publishers and intermediaries. ALA is also reexamining how this issue may be incorporated more directly into its public policy work on copyright and related areas. For the long run, ALA may well need to focus more on public policy avenues as well as explore a rethinking of how libraries do business and their role in providing access to digital materials.

It will also take increased awareness, education, and perhaps even grassroots action from ALA members and customers of the publishers to resist barriers to equitable access. 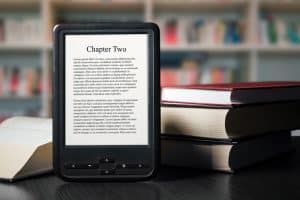