We saw Hillary Clinton and tried to fit all of our ARCs on our carry-ons on the last day of ALA Annual 2017.

We kick off the day with waiting in a long line to see Hillary Clinton, which totally made everyone leave inspired.

"When I got that library card, it felt like I had been handed a passport to the world." @HillaryClinton #alaac17 pic.twitter.com/Xr8fUw2MuV

Hillary Clinton gave a shout-out to the wizard who entered the world 20 years ago. Which house do you think she belongs to?

.@HillaryClinton gave a shout out to #HarryPotter20 Guessing Griffindor. #alaac17

She also dropped this meme into her talk.

HRC just referenced this meme & it's everything. #alaac17 pic.twitter.com/CR72vGId2U

After Hillary Clinton’s speech, we took her advice and celebrated the end of #alaac17.

We also went over to the Inaugural Luncheon to congratulate the new ALA Leaders.

You can’t leave Chicago or #alaac17 without being in the room(s) where it happens either.

#alaac17 was basically trick-or-treat for librarians.

ALA: Like trick or treating for #librarians! #alaac17 #alaswag pic.twitter.com/SzG0AwE97F

You then shove all of your treats and ARCs into our luggage, with #noshame.

Stranded in the airport & @TabithaFrahm asks if I have any clothes in my carry-one. NOPE – 100% all books from #alaac17

Then you check your email and can’t decide on what to do next.

After it’s all over, it’s time to get back to the librarian grind.

To #alaleftbehind people, everyone was also openly weeping in the room.

CRYSTAL CARRAZCO is a membership/marketing assistant at the American Library Association. 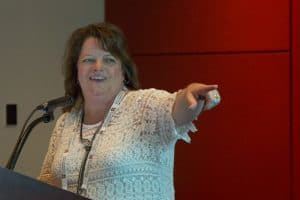 Ready for the Library? 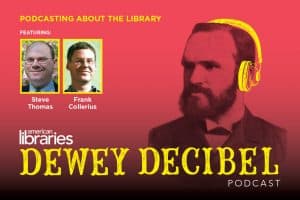