Over the last two weeks, the ALA Executive Board and BARC have met to review the status of the Fiscal Year 2013 ALA budget and to approve a preliminary budget for the 2014 fiscal year that begins on September 1, 2013.

While the Association as a whole is financially stable, the impact of the recession on libraries and lower than projected revenues this year and next year will necessitate some budget reductions, resulting in a leaner—and in the process a more focused—Association.

The General Fund portion of the budget—which accounts for about half the overall budget—encompasses Publishing, Conference Services, Membership, and the ALA Offices and support units. Within the General Fund, Membership is just slightly lower than projected—by about $175,000—and conferences are currently projected to be very close to budget.  Within Publishing, however, we are now expecting significantly lower—by about 22%—than projected revenues for RDA and for the three ALA Editions units. Overall, we are now projecting that General Fund year-end revenue will be approximately $1.8 million less than originally budgeted.

During the past month, management has been working with the Executive Board and the Budget Analysis and Review Committee (BARC) to put expense savings in place to close this gap. These steps have included holding on the filling of 10 positions in Publishing and the Offices and support units. They have also included a voluntary 10% salary reduction on the part of ALA senior management for the remainder of the year, a hold on planned staff compensation increases, and approximately $750,000 in other expense reductions across all of the ALA General Fund departments. Through these efforts, we are now projecting a balanced budget for FY 2013.

The picture for Fiscal Year 2014 is even tighter. While Publishing is expected to show some improvement, our revenue expectations for Annual Conference next year in Las Vegas are approximately $1 million less than those for Chicago, which is always a record breaker for the Association. This means that the Fiscal Year 2014 budget will require further reductions in departmental budgets for the General Fund units.

Department heads and unit managers in the General Fund units will be working over the next four months to develop plans for managing these reductions, which will include some additional reductions in staffing levels. Given the fact that the General Fund units have now been cut by over 15% since the beginning of the recession, we are asking all units, and the member groups that they closely work with, to look at all of the programs and services they are currently providing, so that we can focus on those that are most essential, and those that further our strategic priorities as an Association.

Given that the reductions will affect all ALA departments, we will need your help to make sure that we focus our efforts on what is most important. Like the many libraries that have had to reduce their budgets since the beginning of the recession, we will need to make careful decisions about where we concentrate our efforts, and will need the support of Councilors and members as we do so.

Last, because of the impact of the budget shortfalls on ALA staff compensation, and because we all recognize the extraordinary service and support provided by ALA staff to the membership and the profession, the Executive Board, in concert with BARC, has established staff compensation increases as the highest priority, both this year and in FY 2014, pending final budget results.

We will be keeping Councilors and the membership apprised of our progress over the next several months, and we will be providing more detailed reports as part of our presentations at Annual Conference. In the meantime, please let us know if there are any questions.

Back in Business in Boston 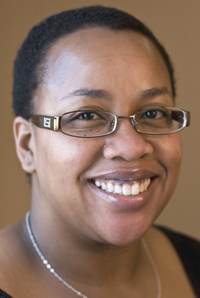