It’s the time of year when all of us connected to the publishing world begin speculating about the season’s big books. The major book shows—BookExpo America in May and ALA Annual Conference in June—have come and gone, leaving dozens of potential big books in their wakes. Now comes the predicting, the opinion swapping, and, one hopes, the reading.

After many years of observing this process, of watching hundreds of would-be big books get thrown into readers’ hands on cascading waves of publicity and then sucked back into the vast bibliographic ocean as the seasonal tide recedes, I view the spectacle with a melancholy eye, feeling, perhaps, the “turbid ebb and flow” that Matthew Arnold sensed watching the waves on Dover Beach “begin, and cease, and then again begin.”

And, yet, despite all that, I do have a book that I dearly hope survives the ebb and flow of opinion making. It’s Marisha Pessl’s Night Film, on the face of it a literary thriller but, like Nick Harkaway’s Angelmaker and Allen Kurzweil’s The Grand Complication, so very much more.

It starts like so many thrillers start: with a death. When the daughter of a notorious film director is found dead in New York, an apparent suicide, investigative reporter Scott McGrath throws himself back into a story that almost ended his career. But now McGrath has his “Rosebud” and, like Jedediah Leland in Citizen Kane, who hoped to make sense of media mogul Charles Foster Kane by understanding his last word, so the reporter sets out to determine how Ashley Cordova died and, in so doing, penetrate the heart of darkness that engulfs her reclusive father, Stanislas.

Like Pessl’s first novel, the acclaimed Special Topics in Calamity Physics, this one expands from a seemingly straightforward mystery into a multifaceted, densely byzantine exploration of much larger issues (in this case, the nature of truth and illusion as reflected by the elusive Cordova, whose transcend-the-genre horror films are cult favorites and about whom rumors of black magic and child abuse continue to swirl).

His daughter, piano prodigy Ashley (her notes “weren’t played; they were poured from a Grecian urn”), is almost as mysterious as her father, her life and death equally clouded in secrecy and colored with possibly supernatural shadings. Into this mazelike world of dead ends and false leads, McGrath ventures with his two much younger helpers, Nora and Hopper, brilliantly portrayed Holmesian “irregulars” who may finally understand more about Ashley than their mentor, whose linear approach to fact finding might miss the point entirely.

Pessl’s first novel possessed a bit of the overindulgence one might expect from a precocious young writer. All evidence of that is gone here; the writing is always under control, and the characters never fail to draw us further into the maelstrom of the story.

Night Film is a long, demanding novel, and it may not be the big book of the season, at least commercially. But I know I’ll never forget it, and as the publishing seasons continue to come and go, I also know it’s a book I’ll read again.

Keeping Up with Continuing Education 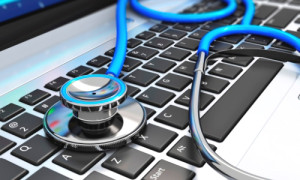