Our push to change the publishing landscape

Most libraries currently feel stuck between a rock and a hard place when it comes to providing access to all the materials their patrons seek. Over the years, the prices of content have soared, often well beyond the rate of inflation. At the same time, library budgets have been slashed, which further degrades purchasing power. Through big deals on online database packages, libraries can access much more content, but the amount they actually own has plummeted as the pay-for-access model has come to reign.

Even research libraries with impressively large acquisitions budgets are finding themselves canceling journal subscriptions critical to their patrons as prices rise unsustainably high. Some have taken stands: SUNY Potsdam College Libraries quite publicly canceled of all its American Chemical Society subscriptions and Kansas State Librarian Joanne Budler won ebook ownership rights for her state consortium. But most libraries simply continue to pay the going library rates for ebooks and wind up either acquiring fewer materials overall or trying to meet patrons’ collections needs by saving money on things like services and personnel. Either way, many publishers’ profits are soaring even as the size of library collections shrink.

At the same time, librarians are increasingly embracing the concept of the library as a place that enables creation. Some libraries are developing media labs and makerspaces so patrons can flex their creative muscles using otherwise-inaccessible technologies. Libraries have long offered writing groups, arts and crafts programs, and zine workshops, so these new spaces are extensions of that maker tradition.

With the growth of open access, social media, digital humanities, and self-publishing, we are seeing experiments on the open web with new and exciting publishing paradigms. Since the web enables more atomized and hyperlinked content options, books and journals are no longer the sole vehicles for publication, nor is the journal-article citation the sole metric for measuring impact. In higher education, librarians are often the go-to people regarding open access, altmetrics (weighing the web-based impact of academic writing), and other recent scholarly publishing trends. Librarians are also ideally positioned to advance the integration of new publishing models into the academy.

So it seems only natural that libraries are examining how to make scholarly publishing accessible to content creators and consumers alike. Through activities such as educating patrons about new publishing paradigms, archiving the work of faculty and students, offering self-publishing platforms, and becoming an actual publisher, libraries are helping to disrupt traditional publishing and make their communities’ intellectual products more accessible.

My next two columns will explore the role of public and academic libraries in enabling publishing. First, I’ll look at how public libraries support self-publishing and/or publish their constituency’s work. Although many of the libraries taking on community publishing have significant resources, Provincetown (Mass.) Public Library proves that even those with small budgets (Provincetown’s is $300,000) can create their own imprint. Then I’ll discuss academic libraries’ efforts to promote, support, and publish open-access work.

Libraries are ideally positioned to spearhead positive changes in publishing to benefit those we serve in the short term and make libraries sustainable in the long run. The examples in my next two columns offer an exciting vision for the future role of libraries in publishing. (Hint: We’re not just buying things.)

MEREDITH FARKAS is head of instructional services at Portland (Oreg.) State University. She blogs at Information Wants to Be Free and created Library Success: A Best Practices Wiki. Contact her at librarysuccess[at]gmail.com. 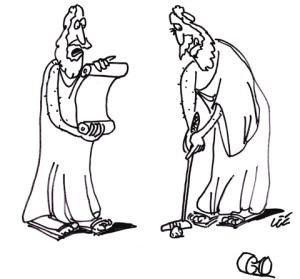 Par for the Course

How to take aim at self-improvement 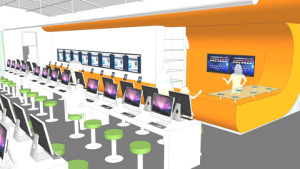 When the stacks disappear