Toy Libraries: A Place to Play

Lois Eannel gets teary-eyed when she remembers that afternoon. She saw a mom bring her son into the early childhood section of the Palm Harbor (Fla.) Library and lay him down on the brightly colored rug. He must have been about 8 years old, she thought, but a physical disability left him unable to sit up.

Eannel, then director of the children’s library, tapped the mom on the shoulder and told her she had something for her son. A short while later she brought out a Side-Lyer toy—a device made for children with special needs, with beads and lights that make sounds and vibrate when lightly touched.

“Within a minute, he was smiling and laughing, stimulating the toy to make the music and the lights,” Eannel tells American Libraries. “He was so happy.”

It was a moment made possible by Eannel’s efforts to create an adaptive toy library for her patrons. The Toys and Tools to Go collection at Palm Harbor now has more than 100 toys available on loan for any family that wants to borrow them. Each toy is specially adapted—some with switches, lights, or other adjustments that enable children with physical or mental disabilities to play with them.

Eannel first learned about adaptive toy libraries at her previous job at Middle Country Public Library on Long Island, New York. When the library got a grant from the state health department’s Early Intervention Program to build an adaptive toy library, she was assigned to create it: “It has been amazing to see the children enjoy and learn by having these types of toys and devices.”

There are about 400 toy libraries around the United States, about a quarter of which offer adaptive toys, estimates Judy Iacuzzi, executive director of the USA Toy Library Association in Evanston, Illinois.

The nation’s first toy library started in Los Angeles, around the Depression, when a store owner noticed children stealing toys because they couldn’t afford them, says Iacuzzi. He created a library where they could borrow and return toys, eventually expanding into a network of about 60 sites around the city—some mobile—that allowed low-income kids to access quality toys.

“Play is getting short-circuited for other things these days—working toward a test, getting skills measured,” says Iacuzzi. “But play allows kids to learn about themselves and develop skills. They can just relax and create their own opportunities to learn and grow.”

While some toy libraries are associated with public libraries, like Palm Harbor’s, others are located within a social service center or child development organization. Some are freestanding nonprofits, like the National Lekotek Center, a network of 17 nonprofit adaptive toy libraries across the country. Macy Kaiser, executive director of Lekotek, tells AL that its programs pair families with a developmental play specialist who meets with the family once a month to help them choose appropriate toys for their child. Then, the child gets to check out five or more toys for the month and play with them at home.

Access to adaptive toys is incredibly important to these children, says Kaiser, many of whom have few chances to play in their everyday life.

“For children in wheelchairs, maybe the only movement they have is their head,” says Kaiser. “But with an adaptive toy, we can put a switch next to their head and plug it into a toy so they can play, maybe for the first time.”

Some adaptations can be as easy as adding Velcro to a common toy, like the Fisher-Price plastic barn that so many kids grow up with.

“For children with cerebral palsy, their involuntary movement would make that barn frustrating because they would knock the animals over,” says Kaiser. “But put a little Velcro on the pieces and the base, and it’s fun for them. Play is work for a lot of kids who have disabilities, and we take that work out of it.”

Having a library of toys from which to borrow is especially important when it comes to adaptive toys because they’re so expensive, says Mary Jo Wendling, manager of the Toy and Technology Library at Ohio State University, which has one of the largest collections of adaptive toys in the nation. The library offers more than 1,500 developmental adaptive toys, switches, and low-tech communication devices for families to borrow for 30-day loan periods.

“Often the markup may be two to three times the cost of the original toy,” Wendling tells AL. “There are only a handful of companies that modify these toys, so it is often not easy for a family to even know where to begin their search.”

Wendling says the process of starting a toy library may seem daunting, especially for those who don’t know much about children with special needs. To help get started, she suggests contacting a therapist who’s well versed in disabilities and assistive technology. The upside, she says, is that most libraries have much of the infrastructure already in place: “They have a cataloging system and a borrowing system, so in a sense they are simply adding a new category,” she says.

The USA Toy Library Association publishes guides for libraries that are interested in starting toy libraries, including suggestions for what kinds of toys to buy. Iacuzzi also suggests visiting and consulting with other local toy lending libraries to see what works for them. Funding for adaptive libraries often comes through donations and small grants, although a regular funding stream is needed for staff, the toy collection itself, and repairs.

Eannel also recommends educating staff members about the kinds of disabilities they may encounter and how toys can be adapted to help all children play. “You need to help staff learn to approach patrons, letting them know the resources you have,” she says. “You can have a wonderful collection, but if the staff doesn’t buy into it, it won’t be successful.”

Eannel left Palm Harbor Library to become director of the East Lake Community Library, also in Palm Harbor, and hopes to one day build a toy library in this community too.

“It’s a wonderful thing, and one that should be available in communities both large and small—cities, suburbs, rural communities—because there is a need everywhere,” she says. “Toys are the tools of learning, and every child should have access to them.”

MEGAN COTTRELL is a writer, blogger, and reporter in Chicago. 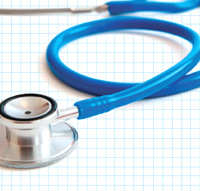 Studying Up on Health Care Literacy 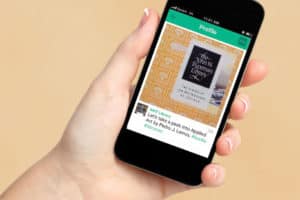 Libraries on the Vine