From Boots to Books

Luke Herbst, a US Army veteran, joined the Nashville (Tenn.) Public Library’s (NPL) Special Collections Division as a library associate–paraprofessional in December 2010. Although the path that led him to apply for a public library position was circuitous, it originated in experiences he had while in the military and stationed overseas. 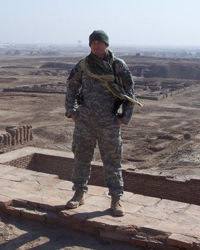 Herbst served in the US Army from January 2001 to March 2009, including two deployments during the Iraq War. It was during this time that he developed his love of reading. Herbst would visit the Morale, Welfare, and Recreation tents (MWRs) on base when time permitted. MWRs often housed small libraries that contained books donated from a variety of places. In Herbst’s experience, having a book in hand to read during down time in Iraq or before bed was especially helpful.

“It was a form of entertainment and an escape from the situation and the pressures of the mission. It took your mind off things for a while,” he said.

A different kind of service

Herbst returned to his home state of Wisconsin in July 2007. When his military career ended, he used his veterans education benefits (specifically the Montgomery GI Bill, Chapter 30, an education benefit good for 36 academic months) to attend college. He enrolled at the University of Wisconsin Oshkosh (UW-Oshkosh), earned a bachelor of science degree in anthropology, and later moved to Nashville.

Although his military career was over, Herbst was not done with public service. “I really did want to get back into government and service-oriented work. I was especially interested in the position with the Special Collections Division because I had done internships at two museums during my undergraduate coursework at UW-Oshkosh,” he says. Herbst was also interested in having a lower-stress job; he had been diagnosed with post-traumatic stress disorder (PTSD) in 2005 and thought working in a library would be both a good fit and a good balance for him.

During the fall and winter of 2013–2014, Herbst served as a co-coordinator for NPL’s next leg of the StoryCorps @ your library project, captures the stories and experiences of Nashville’s 21st-century immigrant populations.

In January 2012, Herbst began pursuing a master of library and information studies degree through the University of Wisconsin–Milwaukee’s School of Information Studies’ distance education program, and used his Post 9-11 GI Bill educational benefits to cover almost the entire cost of his tuition.

When asked why he chose to enroll in library school, Herbst explains, “Once I started working at NPL, I really started enjoying the profession and wanted to expand my knowledge of how the profession actually works at more than just at an entry-level position. From the outside, I didn’t know much about how the library worked. Once I began working at NPL, I began understanding more about it. It really blows your mind—you realize that a lot more is going on in a library than what you initially think.”

Herbst is graduating from the program in May 2014.

Tracey Howerton is senior manuscript specialist at the State Historical Society of Missouri, Kansas City, University of Missouri–Kansas City. She previously worked in the Special Collections Division of the Nashville (Tenn.) Public Library. Email howertontl@umkc.edu or tracey.howerton@yahoo.com. Luke Herbst can be contacted at luke.herbst@nashville.gov. 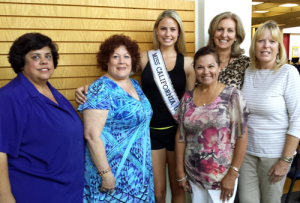 Tips for effective instruction with screencasting