Selden Lamoureux was eager to practice librarianship when she began as a master’s student in the School of Information and Library Science (SILS) at the University of North Carolina (UNC) at Chapel Hill.

“I had so little experience in ­libraries before I went to library school,” she says. “So I was especially keen to get some real-world experience.”

Lucky for her, there was a library—the Environmental Protection Agency Research Triangle Park (EPA-RTP) Library—that would offer Lamoureux an internship with that real-world experience she was craving. The internship, she says, proved to be invaluable in preparing her for a career and for life.

“It was a great lesson to me that I had opportunities not just to grow professionally as a librarian but to grow as a person,” she says.

Lamoureux isn’t alone in her experience as an intern at the EPA-RTP library—one of only three in the nation that act as a repository library for the national agency that focuses on air pollution, toxicity, meteorology, and geophysics. The library has been home to more than 300 master’s-level student interns in the SILS program, thanks to a grant partnership with the EPA for the past 40 years.

Late last year, the SILS was granted an additional five years as the hosting site for thousands of trade journals and federal agency documents for the EPA. And with this new grant comes new opportunity for the library. With an additional $20 million in contract funds, totaling $25.3 million, the library will now house electronic subscriptions for all EPA libraries, serving more than 2,000 agency employees, including 200 scientists onsite.

UNC SILS Dean Gary Marchionini says interns have helped, over the years, to provide a symbiotic relationship between the school and the EPA. The UNC–EPA contract represents an efficient and effective partnership, and interns enhance that by bringing new ideas to help the EPA.

The EPA-RTP library—one of only three in the nation that act as a repository library for the EPA—has been home to more than 300 master’s-level student interns in the SILS program, thanks to a grant partnership with the EPA for the past 40 years.

“The EPA library internships attract outstanding students to UNC–Chapel Hill,” he says. “These interns not only gain practical experience in a full-service research library but also work with library professionals to create new kinds of services to support EPA scientists and staff.”

Recently, several former interns, including Lamoureux, happily reminisced about their experiences at EPA-RTP.

Duncan Smith, cofounder and vice president of ­EBSCO’s database NoveList, completed his internship from 1979 to 1980. He says that the opportunity to work at EPA-RTP felt like hitting the jackpot.

“The library school had several internships and field placements available, but at the time this was kind of viewed as ‘the one,’” he says. “So I really kind of felt like I’d won the Pulitzer Prize.”

Smith says it showed him how a librarian can deliver both value and service to a targeted population, and how important relationships with users are. He also found the hands-on experience that he gained during his internship particularly valuable.

Joyce Ogburn has worked at a number of universities around the country since her time at UNC, including Appalachian State University in Boone, North Carolina, where she serves as dean of ­libraries. Ogburn says that in earning her internship position at UNC, she was able to gain on-the-job experience and confidence in using the telephone. Very “phone shy” when she began her internship, she was able to work past this fear, thanks to her position at the EPA library.

Ogburn points out that work-like internships haven’t always been easy to come by. “That experiential learning that we encourage for students, that wasn’t so typical back then,” she says. Lucky for her—and, now, for at least the next five years—that opportunity was and will continue to be there.

Russ Davidson, an EPA library intern in the late 1970s, and director of the collection development program at the University of New Mexico’s Latin American and Iberian Institute for 25 years, says the experience was instrumental in offering him lessons in teamwork and refining research skills. He says his time at UNC was effective enough to prepare him for a career in the sciences, if he had wanted.

“In a pinch, I think I could have filled in for someone in a science library,” he says. “I became very familiar with some indexes and reference sources and seeking information in science literature.”

Lamoureux says the EPA–RTP internship system was one basis for her success.

“What a great program,” she says. “I don’t know what makes it work, what kind of magic pulls it all together, but it’s enduring. I hope there’s another 40 years [of the partnership].” 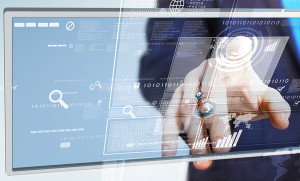 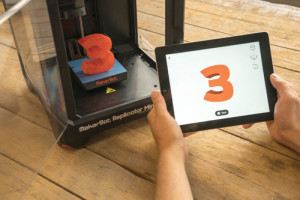