Aging Out of Sensory Storytime

In just three years, Cheryl Smith’s 18-year-old son Carson is headed “off the cliff.” No, he’s not the thrill-seeking adventure type or a reckless extreme sports nut. He’s on the autism spectrum, and the cliff is state-provided services: school, therapy, and activities.

“When they turn 22, they age out of those services. It’s so big and overwhelming that you can’t really wrap your head around it. I think, ‘What am I going to do? Am I the one that’s going to sit with him all day and try to figure that out?’” says Smith.

Smith isn’t alone in her fear. More than a half a million young adults with autism will age out of guaranteed services in the next decade, according to the advocacy group Autism Speaks. It’s a transition that many parents of young adults on the spectrum fear and for good reason.

“Once they age out, there’s not much for them in the community,” says Carrie Rogers-Whitehead, senior librarian at Salt Lake County (Utah) Library (SLCL). “They stay in their parents’ basements and play video games. I started to think, ‘What kind of services is the library providing for them?’”

Autism’s “aging-out” crisis is very real and growing. A 2012 study in Pediatrics found that after leaving high school, young adults on the spectrum were three times more likely to be disengaged from the community and work, compared with people with serious mental illness or cognitive disabilities. Even though therapies and activities for young children with autism are starting to grow, programs for teens and young adults are still scarce.

From storytime to socializing

As a children’s librarian, Rogers-Whitehead started her library’s “sensory storytime” programming—a specialized storytime for children on the autism spectrum. She saw the same kids coming for a few years, but as they got older, they stopped coming, first to storytime and then to the library altogether.

So when Rogers-Whitehead was promoted to teen services librarian, she knew it was time to expand what the library offers. But as young people on the spectrum get older, the outward signs of autism—such as hand flapping or spinning—may have faded while the challenges of interacting with others remain.

“They have learned to use other coping mechanisms over the years. So with some young people, it’s hard to tell they’re on the spectrum. Autism has been called an ‘invisible disability,’ and it’s even more invisible in older youth and adults,” says Rogers-Whitehead.

SLCL has done more to reach out to young adults in the community on the autism spectrum, bringing them on as volunteers and even hiring them as employees. Rogers-Whitehead worked with one volunteer to plan a “Medieval Sensory Faire”—a community event with crafts, jousters, “dragon training,” and attendees in costume. She hopes it’s just the beginning of how her library can embrace adults with autism in her community.

“I see parents getting older, still trying to take care of their children as adults. There’s just not much out there. Sometimes the library is one of the few options, and there are so many possibilities.”

A book club for the next chapter

Back in 2007, a patron approached librarian Pam Brooks of the Scotch Plains (N.J.) Public Library (SPPL) with a request: She wanted a book club for her son on the autism spectrum.

Programming Ideas for Teens and Adults on the Spectrum

Want to provide programming for teens and adults on the autism spectrum in your community, but don’t know where to start? Here are some ideas.

“We knew nothing about what to do,” says Brooks. “I really knew very little about serving communities with autism. To actually have a group dedicated to people with special needs was sort of a daunting challenge.”

Brooks worked with the patron to research a solution, and what they found was the Next Chapter Book Club (NCBC). Founded in 2002 at the the Ohio State University Nisonger Center for Excellence in Developmental Disabilities, NCBCs are book groups for teens and adults with intellectual and developmental disabilities. What started with one book club meeting at a bookstore in Columbus now has more than 300 clubs worldwide, including 30 in public libraries.

Most clubs meet weekly in a public place, like a local café, and read adapted classics—books in larger print with more pictures. Participants often read aloud and stop every few pages to discuss what they’ve read. SPPL now offers two weekly NCBC book groups, and in 2014 it got a grant to train six other New Jersey libraries to create their own NCBCs, which are now up and running.

Although she was apprehensive at the start, Brooks says the NCBC is often the highlight of her week.

“I’m exhausted when I go in after a long day at work, but I’m greeted by a group that’s thrilled to be there. It’s a very gratifying experience, and it’s wonderful for us as librarians to be welcomed into a group of enthusiastic readers and to see how our members have flourished,” says Brooks.

Brooks has been overwhelmed by the members’ dedication to the group and the support of their families. Two members of her club come every week, without fail, even though they live an hour away. She’s also noticed an increase in her members visiting the library outside of services, and many have trained to become volunteers and even employees.

“I never expected the support of the community. When we were facing a budget cut from the town, the community got together at the council meeting and members of the book club and their families all came and stood at the microphone, talking about how much the library means to them,” says Brooks.

That kind of support from the autism community isn’t rare, says Cheryl Smith. She says any gesture—big or small—will be appreciated by families and people on the autism spectrum.

“The moms and dads will be your biggest champions,” she says. “We love people who do things for our kids who don’t have to.” 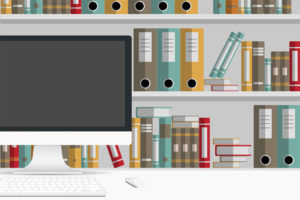 Software for academic libraries will be developed collaboratively 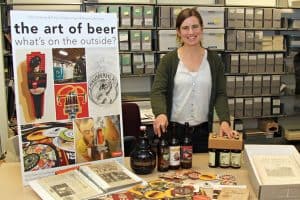