From virtual reality to gamification to security techniques, libraries are using the latest technology to engage patrons, increase privacy, and help staffers do their jobs.

American Libraries spoke to library tech leaders—members of the Library and Information Technology Association’s popular Top Tech Trends panel from the 2017 Midwinter Meeting & Exhibits—to get the apps, devices, software, and best practices that you can adopt for your library right now and in the near future.

1. Take patrons on a virtual tour

Create a virtual tour of your library using a 360-degree camera and post it to your website or social media, says Cynthia Hart, emerging technologies librarian at Virginia Beach (Va.) Public Library (VBPL). Virtual tours can be helpful for both information and accessibility.

“One of our branches is 125,000 square feet. The A’s for adult fiction are all the way at the end of the building. Can you imagine if you were a person with disabilities or if you were an older person or had low mobility?” Hart says. “If you didn’t know that when you went into a library, wouldn’t it be helpful to have that virtual tour of the building? Then you could call and say, ‘Hey, can you pull that book from the shelf?’” Virtual visit statistics can also be used as a gate count metric.

Augmented reality and virtual reality (VR) have become mainstream, from Pokémon Go to PlayStation VR. VR technology can be used not only for entertainment but also as a way of engaging and teaching students.

To use the platform, you can buy a Google Cardboard VR viewer, which costs around $20, or you can make one. Meredith Powers, young adult librarian at Brooklyn (N.Y.) Public Library (BPL), showed teens how to build their own Google Cardboard VR cases using plastic lenses purchased online, Velcro, magnets, and cut-up cardboard boxes.

“I think that not only can we introduce low-cost ways to bring these technologies in, but we can also tie that to the maker movement and teach patrons that you don’t have to spend $500 on an Oculus Rift to have a VR experience,” Marker says. “Come into the library, and we’ll show you how to take a $2 lens that we bought off Amazon and some otherwise junk cardboard to create your own VR experience.”

3. Go on a Google Expedition 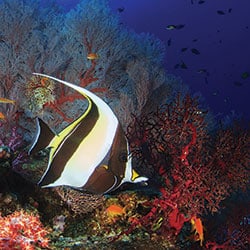 Using a Google Cardboard kit and smartphone, students (or “explorers”) can use the Google Expeditions app to take educational VR field trips to Mars, the Guggenheim Museum, the Great Barrier Reef, and other destinations. Teachers (or “guides”) can lead students using a tablet. The tours include annotations, questions, and points of interest.

“Google Expeditions is an easy way to bring that VR experience to a library program,” VBPL’s Hart says. “Libraries can offer headsets as a part of their circulating collection.”

Just like VR, gamification platforms and apps can also engage students at the library and are freely accessible. Kahoot, Socrative, Quizlet, and Quizalize can be used for a library orientation or class project.

These platforms can be helpful for school librarians. Marker says she does a library orientation for new high school students in the fall.

“I created my orientation questions as a Kahoot! game,” Marker says. “It changes up the format a little bit. So instead of me spending half an hour standing in front of a group of freshmen saying, ‘Do this, don’t do that. Here’s where things are in the library,’ it gives it a fun twist.”

Marker says anyone can create an account and make a game that lives on the Kahoot! website. Teachers can then use that game as a quiz, review, or pretest in class.

5. Get coding with Code School

Bill Jones, Information Delivery Services (IDS) Project creative technologist at the State University of New York at Geneseo’s Milne Library, says online coding instruction, with its ease of access and low barrier to entry, is a great trend for libraries to get involved with. Online services can also help defray the costs of tuition and textbooks.

“It’s not equal to the classroom experience,” he notes, “but it does work in terms of teaching people.”

Jones recommends Code School, which offers some free courses, as well as membership-only resources, such as interactive courses, screencasts, coding challenges, and an online community. He says he prefers it to other platforms because it modularizes the learning process.

“They really gamify the way that that the whole learning process goes so that you can see how far you need to go to complete this session but also how far you’ve gone,” Jones says. “You watch a short, five-minute video, and then you do the lesson. The hands-on tasks are right there in your browser, so it’s super easy to get right into it and start coding without having to set up any servers or even build a local hosting solution on your local machine.”

MIT Media Lab has created a new user interface called DuoSkin. These temporary tattoos, made with gold and metal leaf to make a circuit, let you use your skin like a trackpad to control what is displayed on your mobile device. DuoSkin is not available yet for consumers, but Powers says librarians could explore low-budget ways to get teens involved with circuit technology. BPL has held programs during Teen Tech Week where teens create paper circuits.

“You can get some copper wires, a coin cell battery, and some LEDs, and you can make greeting cards that light up,” she says. “It’s a little lower-tech, lower-budget version of a cool tattoo, but it’s definitely something you can get for 20 bucks’ worth of supplies for 20 kids, so that’s important.”

Powers says that while libraries don’t keep logs of public computer sessions, patrons and library staff can further protect themselves while using public Wi-Fi with a virtual private network (VPN), which can guarantee that all the data being sent and received is encrypted and secured from others, including people on the same network or ISP.

VPNs protect your anonymity, and they don’t keep logs or discriminate against traffic or protocol types. Powers says patrons will want to research the following to decide which VPN service is best for them: if the VPN is using current security protocols; if the terms of service and privacy policies are clear and understandable; what the VPN covers and what it doesn’t; what countries the servers are located in; whether it uses its own servers; and especially how much data logging or tracking the VPN provider engages in.

“It’s also helpful to know what the company or people are like—their reputation, expertise, history, etc.—and if there’s a history of any company or founder activism that might demonstrate their commitment to consumer privacy,” Powers says.

Resources that can help you evaluate a VPN provider include EFF’s Surveillance Self-Defense and the VPN section of That One Privacy Site.

Another way to ensure private browsing is to use Tor software, which protects users by bouncing their communications around a distributed network of relays run by volunteers. It prevents somebody watching your internet connection from learning what sites users visit, it prevents sites from learning users’ physical locations, and it lets users access sites that are blocked. Tor is not always available on library public computers, however.

8. Create strong passwords with a roll of the dice 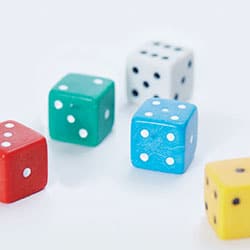 Powers teaches workshops on digital literacy and data privacy as part of the Data Privacy Project, which is funded by the Institute of Museum and Library Services and the Knight Foundation’s Prototype Fund. Password security is always a hot topic.

She says that Diceware is an easy way to teach patrons how to create better passwords for their library, service, and email accounts. By rolling an ordinary die, users create a five-digit number that corresponds to a word in a Diceware word list. The Electronic Frontier Foundation (EFF) maintains multiple Diceware word lists.

“Even though the list of words is publicly available, the security of a Diceware password comes from the number of words selected and the number of available words on a Diceware list,” Powers says. “By rolling dice to create several words in a sequence, you can create a strong, memorable passphrase. The creator of Diceware, Arnold Reinhold, currently recommends a six-word sequence to protect against a brute-force hack attempt.”

Jones says he thinks data-driven development is a trend to watch.

“An example of [data-driven development] would be the article gateway that we’ve produced out of IDS Project,” he says. “This was looking at the worst areas in workflow and finding ways to improve.” Those ways include shaving time off processing transactions and saving money while making sure that data gets to users as fast as possible.

IDS Project has a wide range of members, from small community colleges to Research I institutions and some public libraries like New York State Library.

“You’ll see many different consortia building their own type of data analysis tools that they can use to strengthen their communities and their groups of libraries to benefit everybody, whether that’s decreasing time in shipping or cutting pieces out of workflow that can be automated or streamlined,” Jones says. “I really think it takes a group to look at data across many different libraries and library types.”

He adds that he thinks more tools will be coming out, especially since more service providers are offering APIs out of which data can be pulled and used to make intelligent decisions on transactions.

“I just think that communities are going to start to grow together more to find solutions on their own because they’re not going to be able to afford the solutions that are coming out of these big companies. People just can’t afford it,” Jones concludes. “So we’re going to be relying on each other as a library community to find these solutions.”

10. Develop your own applications

Libraries can also develop or improve applications themselves. For example, University of Michigan Library redesigned its link resolver interface in late 2016.

The library had been using a link resolver interface that Senior Program Manager Ken Varnum says was confusing and out of date, did not meet accessibility requirements, looked like an error page, and did not provide detailed analytic data on user behavior.

His team decided to replace that application with a custom solution created using Umlaut, an open source option. They created a design that makes the page’s purpose clear with an accessible interface, improved usability, and better analytics.

“Now all those open URL link transactions happen on a library server where we can provide the services that we want to our user base directly, and we can make it work just the way we want to,” he says.

You can then either rethink your end goal—is the existing software close enough to your intended goal that you can live with the differences?—or modify the software to meet your specific need.

“I’ve noticed that, many times, libraries let the great get in the way of the good and ignore the 80–20 rule,” Varnum says. “That is, they can get 80% of the way toward their goal with something easy to implement, but they let the 20% customization of the interface be a blocker.”

If you do customize the software or write your own, Varnum recommends sharing your innovations and changes with the open source community to make it available to others. 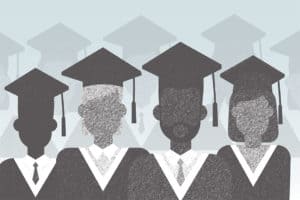 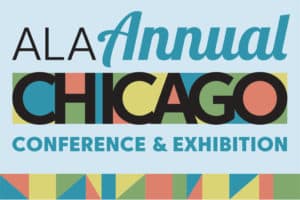 Join the conversation in Chicago, June 22–27