First, the good news: Many libraries are flourishing, with new programs, new facilities, and new patrons coming in the doors. The bad news: With these positive changes, new security problems are emerging.

Library directors and staffers in all parts of the country and in all types of libraries continue to be concerned about challenging patrons who sometimes adversely affect library services, including people who are homeless, have a mental illness, or abuse substances. But what follows are real experiences seen firsthand or recounted by library employees—security concerns that either are emerging threats or look like new versions of common problems.

While it’s difficult to confront patrons who are hurting the library experience for others, threatening other patrons or staff, or otherwise creating discomfort or chaos, there are possible solutions to try, which are offered after each example. Some of these solutions may require new thinking, different approaches, and more assertive partnerships with such outside groups as law enforcement, social services, mental health and substance abuse counselors, city attorneys, county counsels, and even your human resources department. As always, check local and state laws for information and to ensure proper compliance.

Regardless of the situation, one thing is clear: How library staffers respond to these new and ongoing security issues will require courage.

The country’s marijuana laws continue to evolve. Although no state laws allow for public pot use, that doesn’t stop creative inhalers from using tobacco vape pipes to smoke legal weed at the library or in its restrooms.

Solution: If you see or smell people using marijuana in your library, tell them it’s against the fire code and ask them to leave. If they refuse, call the police.

These folks often stand inside or outside the library, holding a bucket for religious contributions. Their clothing may look religious—priest collars, white suits, or nun-like habits—and they have hand-printed signs that ask for money. They’re usually polite and not interested in confrontation. Patrons give money, thinking they are making a real charitable donation; more likely, they are giving money to creative panhandlers.

Solution: Ask them to move from the front door or leave the library. Although you’re running a public business, you have the right to ask them to go. If they refuse, ask the police to give them a trespass warning. People don’t have the right to solicit money on your property, whether or not they are there under false pretenses.

A woman came into an upstate New York library, unrolled her prayer rug, kneeled on the floor directly in front of the entrance to the children’s library room and began praying. Because she was blocking the door, patrons and their children couldn’t get into the room. Staff members were confused: Could they ask the woman to move and not violate her religious rights?

Solution: Yes. Ask her to move to another part of the library where she is not blocking access. This woman may have been trying to bring attention to a religious freedom issue, but the larger point is that she can’t disrupt the safe use of the library by others. 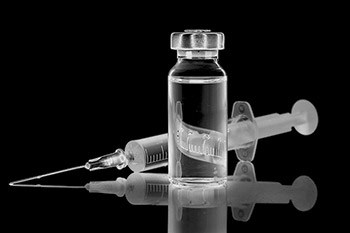 The recent overdose deaths of opioid users at Denver Public Library and San Francisco Civic Center library have started the discussion about whether to give library staff training in the use of naloxone, known by the brand name Narcan. This drug—typically administered by a nasal spray or leg injection—reverses the effects of a heroin (or other opioid) overdose and literally brings the near-dead back to life. With the skyrocketing rates of opioid addictions in the country, chances are very real that library staffers may come across an opiate user in withdrawal or “on the nod” (opiate narcosis).

Solution: Denver Public Library has already used Narcan six times as of early May and has ordered more kits. And Luis Herrera, city librarian at San Francisco Public Library, has suggested that staff training to treat overdoses could soon become voluntary. If your library considers this approach, it would be wise to train staffers to identify signs of opiate narcosis—pin-dot pupils, hooded eyelids, sniffing, scratching, seemingly asleep on their feet—and have them ready to call paramedics. If staff members or patrons find heroin-related paraphernalia such as needles and burnt spoons in library restrooms, call the police and have them impound this hazardous material.

Here’s an old safety issue couched in a new privacy premise: If we ask people why they have an emotional comfort animal, will we violate their rights under the Americans with Disabilities Act (ADA) or Health Insurance Portability and Accountability Act (HIPAA)? It used to be that service dogs were easily identifiable by their vests. Now, any dog owner who wants to bring their dog into the grocery store, on a plane, or into the movie theater can buy a vest online, along with a certificate that says their pooch is either a service animal or an emotional support animal. So where do we draw the line? Library staffers have recounted tales of patrons bringing in snakes, rats, mice, ferrets, and guinea pigs and claiming that they are emotional comfort animals. Can you ask these visitors to leave?

Solution: Yes and no. Check local and state laws first since the issue of balancing patrons’ medical privacy rights has been made more complex by the courts and lawmakers. One simple statement you could try with those who bring in animals: “Welcome to our library. Can you fully control your service or emotional comfort animal so that it doesn’t bite anyone or get away from you? If so, fine. If not, you’ll have to leave with it.” (For more suggestions, read “Library Waggin’ Train.”)

This ongoing issue has worsened following the results of the recent presidential election. Lots of angry people now want to sue the government or make a tax protest, asking library staffers for advice that could violate the law. But when they don’t receive the help or advice they seek, they get angry.

Solution: Post more explicit signs that indicate the library cannot give tax or legal advice, adding that “in some cases, it’s against the law for us to do so. Please don’t ask our staff for tax or legal advice. Seek professional, licensed guidance.”

Their chorus may sound familiar: “I pay your salary.” “I know the mayor.” “Don’t you know who I am?” “The head of the library board is my neighbor.” In many cases these statements are true. Some of our oddest patrons have lots of money, nice homes, cars, and (likely weary) families. They aren’t dangerous; they’re tedious. They just like to complain and make staffers feel insignificant in the process.

Solution: Let them vent, let them be heard (to a point), validate their concerns, and offer them a maximum of three solutions to their specific issue. Be patient, but use your right to say, “I have to help other patrons.”

Ransomware—malicious software that encrypts content on a device so hackers can demand a ransom to decrypt it—has become a serious threat. Hackers have locked down the IT servers of cities, counties, and even hospitals. Payroll systems seem to be a favorite target. In January, ransomware infected more than 700 computers at all 17 locations of Saint Louis Public Library (SLPL). (Hackers demanded $35,000, which the library did not pay.)

Solution: Some IT security experts advise clients to simply pay the ransom, but there are much better solutions. Your IT department should be backing up mission-critical modules nightly, as well as internet and intranet systems, so any cyberattack will not paralyze your facility. That’s what SLPL’s technicians did. Enforce your library’s internet use policy when it comes to patrons who want to use thumb drives on your systems, and report all suspicions of internal or external hacking to your IT department. 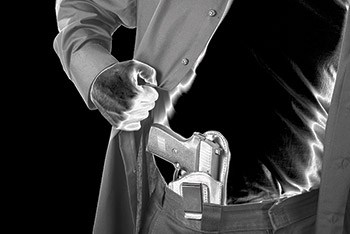 More states and counties are issuing “carrying a concealed weapon” permits than ever before. In fact, there are more than 14.5 million concealed handgun permits alone, according to the nonprofit Crime Prevention Research Center—a 215% increase since 2007. At least nine states—including Colorado, Kansas, and Texas—allow college students to bring guns on campus. All this can lead to confusion and anxiety when patrons or library staffers see a gun sticking out of someone’s waistband as he bends to get a book off the shelf.

Solution: While it may seem like a good idea to post NO GUNS ALLOWED signs on exterior doors, you will first need legal advice. State laws vary. For example, some states may not allow firearms in courthouses and elected officials’ offices but will permit them in libraries. Train staff members to approach gun carriers (many of whom don’t want their guns to intentionally show) and quietly ask them to cover their firearm from public view. If you have concerns that the person with the gun is not stable or law-abiding, call the police from a safe place.

The best code of conduct is one that shifts with the times, adjusting to new reasonable uses of the facility by patrons and new security concerns related to the workplace.

Solution: Changes and updates to your code of conduct as they relate to safety and security improvements should be an all-staff discussion. Spend staff meeting time talking about what needs to be added or what language should be adjusted. Get feedback from patrons, using formal surveys or staff conversations.

Your reward for being vigilant about safety and security for your library today is this: You get to do it all again tomorrow.

STEVE ALBRECHT is a trainer and security consultant with nearly 20 years of teaching library security workshops. He is author of Library Security: Better Communication, Safer Facilities (ALA Editions, 2015) and can be reached at drsteve@drstevealbrecht.com. 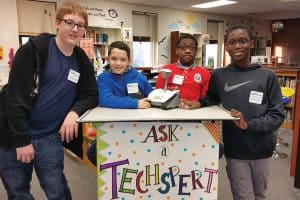 Second year of campaign puts the spotlight on librarians 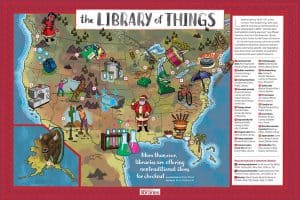 The Library of Things

More than ever, libraries are offering nontraditional items for checkout