As Sex and the City’s style queen Carrie Bradshaw, Sarah Jessica Parker inspired a million fashionistas. Now, as the founder of the SJP for Hogarth book imprint—and the honorary chair of ALA’s Book Club Central, a new online platform of resources for book clubs—the busy actor hopes to inspire others to share her love of reading as well.

Parker will recommend various titles for Book Club Central over the coming months; she plans to reveal the first during the June 24 President’s Program at the ALA Annual Conference and Exhibition in Chicago. She recently spoke with American Libraries about being a lifelong bookworm.

Where does your love of reading come from? My mother is a devoted reader. She drove carpools for many years, and she always had an open book in her lap, so at traffic lights she could read. And there was a rule in our house that you never left the house without a book, even if you couldn’t read yet. To this day, I would never leave the house without something to read. I’ve been running late for things and run back just to get a book.

You’re currently an executive producer and star of HBO’s Divorce, and you’re a mom of three. When do you find time to read? And do you prefer e-readers or physical books? I just read whenever I can. I love the subway in New York City for that reason, and until recently, we didn’t have Wi-Fi underground in the city, so reading was fantastic, because you could really stop the emails and phone calls. I still consider the subway in some ways the best place to get reading done; I resent a shorter trip on a subway for that very reason.

Also, an actor’s life on a set involves a nice amount of waiting, so I read in between takes. I’ve tucked books inside costumes on my person. I’ve found ways of folding The New York Times and The New Yorker beneath corsets, so when someone yells “Cut!,” I can pull them out and read. I spent six months in a flying harness for Hocus Pocus, and I always had a book, even in the air.

I’m so accustomed to the cumbersome nature of a big book that I always make room for it, even if I have to carry it outside of my bag. But when we’re traveling for a long time, primarily for family holidays, I’ve learned to try to get everything on a Kindle. It’s not my first choice, but I’m grateful for the ­convenience of it.

What led you to start making book recommendations on ­Instagram? It felt like a nice opportunity to create awareness about new authors. And I’ve found that although social media has a lot of landmines, the one area where there is nothing controversial is books. Those conversations are always so much more civilized than political conversations these days.

Are you in a book club? Yes. It grew out of something that happened a few years ago, when I met Molly Stern, who is senior vice president and publisher at Crown, Hogarth, Broadway, Crown Archetype, and Three Rivers Press. She sent me a wonderful, big, huge, juicy pile of books, and among them was a yet-to-be-published book called A Constellation of Vital Phenomena, by Anthony Marra. I was so completely taken with the work that I called Molly and said, “I’m just wondering how you’re going to market a book about a small village in Chechnya. Is there anything I can do to be helpful?”

From that grew this book club. I always describe it as this little vacation that exists once every two months. It’s like the library, a little bit—time stands still when we’re talking about reading. People have such varied and strong opinions, and it’s always surprising to find out who ended up liking or not liking a writer.

Tell us about your new imprint, SJP for Hogarth, launching in 2018. The imprint is dedicated to literary fiction—often very character-driven stories, global voices, bold points of view. The more unfamiliar the territory they are writing about, the more interested I am. We’ve not found our first manuscript yet. I’ve read tons and tons of manuscripts, and that first choice is so important, so we’ve not found the right one to land on as our debut. But it sure is a thrill to read this much. 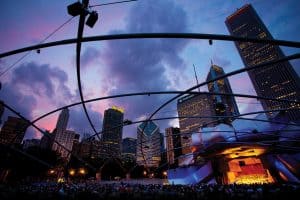 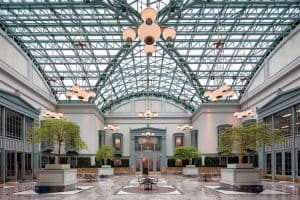