CEO gets up every morning “to close the poverty gap”

Reshma Saujani is not a coder, but that didn’t stop her from founding Girls Who Code, a nonprofit that has—in its quest to confront the gender imbalance in tech culture—taught thousands of girls in schools and libraries across the US such skills as computer programming, career confidence, and community involvement. Her forthcoming book, Girls Who Code: Learn to Code and Change the World (Viking Books for Young Readers), will be published in August. American Libraries spoke to Saujani at the American Library Association’s 2017 Annual Conference and Exhibition in Chicago, just a few highway exits from where she grew up.

Girls Who Code has seen exponential growth since its founding. To what do you attribute to the nonprofit’s success?

We have this amazing, authentically girl-led movement. We started with 20 girls in 2012; now we’ve reached more than 40,000 girls in all 50 states through our summer immersion programs and after-school clubs. We’ve met girls where they’re at. We’ve taught them how to solve a problem—maybe bullying, maybe access to water—something that they’re passionate about, and we’ve made that connection for them. We’ve also showed them that tech is fun.

In a TED talk last year, you said our culture conditions boys for bravery and girls for perfection. What is it about coding and computer skills that can encourage girls to take more risks?

The whole process is trial and error. It’s iteration. That annoying semicolon is in the wrong place and you have to do it over and over again to get your code to work, and then there’s this magical moment when it all comes together. So girls are learning how to be imperfect—they’re learning how to fail. When they’ve gone through that, it’s almost like a superpower. I think for a lot of people who are learning how to code, that’s their first exposure to being brave.

Your own career path has been largely in the legal and political sectors. When did you realize that you wanted to form a STEM-oriented nonprofit?

I’m a bizarre person to have started Girls Who Code. My father could tell you, I was terrified of math and science growing up. I discovered I wanted to spend my life solving this problem when I ran [for Congress] in 2012. I lost, but in that journey I saw the gender gap in New York City public schools and I wanted to do something about it. I really believe we can create ladders up to the middle class for girls and their families. And I think there are so many innovations that are sitting on the sidelines because we’re not teaching our girls to code.

What role do you think libraries can have in promoting STEM education and closing the inequality gap in technology?

[There’s a Girls Who Code] club that we have in Carroll County, Ohio, a county that’s been decimated by economic inequality and the heroin epidemic, and twice a week, 40 girls meet at the library in Carrollton to learn how to code. Fifteen percent of our clubs are in libraries, and many of those libraries are in communities where girls don’t have opportunities.

I go to work every day because I want to close the poverty gap. The rate of automation is so fast, and families have lost their jobs because of computers and robots. They know that the last jobs to go will be the ones that belong to those who are programming those computers and robots, and they’re going to make sure that it’s their girls. Libraries are the ones that are at the forefront of closing the access gap.

How did libraries influence your own childhood and education?

My father used to take me to the Schaumburg (Ill.) Public Library, and it was the most magical place for me. It’s where I discovered new books and fell in love with stories, and it made me a voracious reader. I am incredibly busy, but I probably read four books a month. I love libraries, and I love librarians. Every time I get a new group of girls, I often ask, “Who told you about Girls Who Code?” And so many of these girls, who are going through tough circumstances at home, will say to me, “My librarian.” That’s powerful. 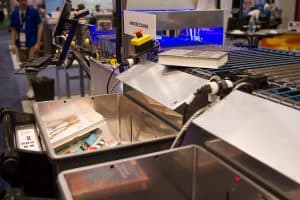 Leaders in the Library

Building on the Libraries Transform campaign