The turnout in the 2018 American Library Association (ALA) election demonstrates that there is an identity crisis in our profession. Despite a ballot measure asking our membership the vital question of whether the next leader of ALA should be a librarian, voter turnout was abysmal. Only 10,405 members (20.8% of eligible voters) took the time to express themselves, falling short of the 25% membership threshold necessary to make the vote binding.

A total of 39,634 failed to vote on the question. Yet of those who did, a majority stated they wanted the executive director to be a librarian. The question is not so much about a skill set but about the relevance of our degree and our profession. It makes one wonder how important the library degree is to ALA members, as well as how important the Association is to the lives of librarians.

As a membership-driven organization, we’ve allowed our Association to become focused on issues—albeit important ones—and not what it means to be a professional. The official ALA motto (conceived by Melvil Dewey around 1877, adopted by ALA in 1892, and readopted in 1988) is even more telling: “The best reading, for the largest number, at the least cost.” Its silence on the values of librarianship or the value of a librarian should give our profession pause.

In the discussions about the requirements for our executive director, some drew parallels to other professional associations. However, there are some important distinctions. If one wants to become a medical doctor or practice law, there are stringent educational requirements, accreditation processes, and state licensures. Hospitals are accredited in designated fields. Lawyers join the bar of a particular jurisdiction.

It makes one wonder how important the library degree is to ALA members.

Librarians are given credentials by some states, but most of these are simply a recognition that the individual has attended an ALA-accredited school or earned a certification for school librarians. In some states there is no requirement to be a librarian if the community served has a small population. Imagine saying you don’t have to be a licensed doctor if you hang out your shingle in a town of only 500 people! If ALA accredited librarians or individual libraries, and not solely LIS educational programs, the public might view the profession as more rigorous.

We profess professional ethics, but unlike medical boards or state bar associations, we do not punish those who violate the principles we espouse. Some librarians have publicly refused to purchase certain books because the topic or author was personally offensive to them. When nurses and doctors refuse to treat patients because of their sexual orientation, an ethics panel steps in. Why not the same for librarians who censor? Professional ethics go only so far when there is only bark and no bite.

The accreditation of both librarians and libraries, as well as more stringent ethics requirements, would bolster librarian credentials to a truly professional level. Until we can enhance the status of what we do (and take a stand on it in larger numbers), conversations about the need for the ALA executive director—and all librarians for that matter—to hold a library science degree will continue endlessly. 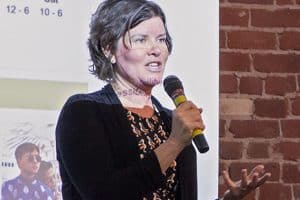 A Conversation with Author Merrilee Proffitt

Discussing the benefits of a Wikipedia and library relationship 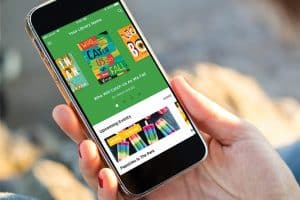 Reaching Patrons on the Go