Ron Charles, reviewer and editor at The Washington Post’s “Book World,” is taking the art of book reviewing from the ivory tower to the viral contours of internet streaming. Earlier this year, Charles won the Louis Shores Award for excellence in reviewing from the Reference and User Services Association, a division of the American Library Association. He chatted with American Libraries about summer reading, feminist dystopias, and his run-ins with the Secret Service.

What do you do to make literary criticism approachable?

I try to pick books that I think people would enjoy reading, so that’s a start. I try to write about them with enthusiasm and clarity, and I do a few odd things to try and bring in people who are sick and tired of book reviews. For instance, I do a series of comic, satirical videos that make fun of book reviewing, the publishing industry, and sometimes even the authors.

Your video review series, Totally Hip Video Book Review, has some really iconic set design—such as the scene in which you’re on the White House lawn wearing a muscle suit with an American flag draped over your shoulders. How do you plan and design scenes?

In the early days, my wife and I would get in the car and drive down to the White House or wherever we wanted to shoot a scene and try to get permission or film a scene before we were caught by Capitol Police. We don’t do that anymore. Usually I use a green screen now and do it in my living room. But we’ve had some funny experiences.

I remember once I went down to the White House dressed in my flag bathing suit with my flag hat and my flag cape on. Of course, Secret Service came over immediately and said, “You can’t do that here—who are you?” I argued very courteously and said I was with the Post, and we had every right to be here, we were doing a video. They said okay. And very quickly, about 150 people gathered around us. My wife started to film, and I went into my whole spiel. The moment I picked up the book, I heard someone say, “Oh, it’s about a book.” And it was like tear gas had been sprayed—the crowd instantly dissipated completely; we were totally alone there. But I don’t have to suffer that kind of humiliation anymore.

Your video reviews often feature your wife and daughter playing a variety of characters. How did they get involved?

We’ve been making videos together pretty much since we met, my wife and I. We made our first video—a parody of those braggy Christmas letters people send out—in 1988. When the kids came along—I’ve got two daughters—we’d frequently make videos for the family about the holidays or their birthdays, Valentine’s Day, Halloween, and we’d write little scripts or just do improv scripts. So they’re used to this. They’ve been conspirators of mine for a long time.

You’ve mentioned that “Book World” receives 150 books for review each day. Are there any new trends in fiction that stand out to you over the past year or so?

I’m pretty sure that number is still accurate. I don’t see 150 books every day because a lot of them are culled before I ever get there.

The most striking trend to me is feminist dystopias like Red Clocks [by Leni Zumas]. These are kind of the grandchildren of The Handmaid’s Tale. They’re really powerful, and they’re striking a whole new audience of younger readers who are responding to the sexism, the #MeToo generation, and the threats against women’s health care rights and abortion rights. I think it’s very exciting.

What should we put on our summer reading lists?

I just finished a book called A Place for Us [by Fatima Farheen Mirza], which I think is just gorgeous. And you know, it was such a surprise to me. It’s from this new imprint by Sarah Jessica Parker. I have to confess, I’m pretty skeptical about these celebrity imprints—I think it’s kind of a publicity stunt. But I take it all back. This book that she’s chosen, it’s just gorgeous.

I really think I fell in love with books at our school library. My grade school librarian, who is still alive, Margie Hamlin, used to take us into the little reading room. She’d put us on the floor and read us books, and I thought it was just magical. I adored her, I still adore her—this was a long time ago—and she really led us into the magic of stories.

JORDAN SARTI is an editorial intern at American Libraries. 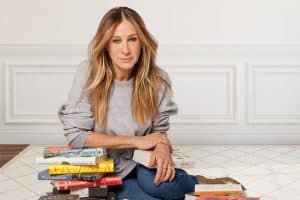 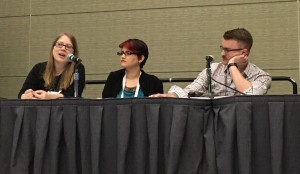