But while queens have proven their ability to bring the party with fantastic fashions and tales of individuality and acceptance, pockets of resistance remain. Many programs held in libraries still draw protests, as organized opposition groups insist that these storytimes aren’t appropriate for children.

Lafayette (La.) Public Library (LPL) faced protests of its planned drag queen story hour, organized with the University of Louisiana–Lafayette’s chapter of the Delta Lambda Phi social fraternity for gay, bisexual, and transgender men and allies. Children’s librarians worked with fraternity members to select age-appropriate books for them to read, teach them presentation skills, and approve their outfits.

The buildup to the event, originally scheduled for October 6, featured unexpectedly loud opposition from social conservatives, antitax groups, and the Lafayette City-Parish Council. It also resulted in the departure of City-Parish President Joel Robideaux’s appointee to the library board, Joseph Gordon-Wiltz, who resigned after Robideaux requested public records about the program, how programs are planned generally, programs that have been denied, and filters used on library computers. Robideaux also expressed his intention to discuss canceling the event, although he acknowledged that the council did not have that authority. On September 18, six of the nine council members abstained from voting on a resolution to denounce the event, effectively killing the symbolic measure. In early October, LPL moved the program to South Louisiana Community College to accommodate a larger audience, but security concerns caused LPL and Delta Lambda Phi to postpone the event until they could find another venue.

Despite the controversy, hosting the program “wasn’t a hard decision to make,” says LPL Director Teresa Elberson. “We rarely reject ideas,” and the library is open to events reflecting a wide range of viewpoints.

Pikes Peak (Colo.) Library District (PPLD) hosted a drag queen story hour September 1, although it wasn’t an official library event. Instead, a gay bar called Club Q planned the event and reserved a library meeting room for it. Outside groups use PPLD’s meeting rooms about 40,000 times each year, so library administration realized that there would be a drag queen story hour at the library only when a city councilor who had received complaints contacted the library.

The Family Policy Alliance, which calls drag queen story hours “the latest effort to normalize sexual brokenness and push it on our kids,” added the event to its online action center, which allowed its supporters to send a form letter to city councilors, county commissioners, and library trustees.

Despite receiving more than 400 of these automated letters, the library board supported the administration’s view that the event was acceptable under library policy. The event was a success: 230 people attended, and the program had to be held twice in succession because of strong demand. Another event is already planned for October.

Mobile (Ala.) Public Library (MPL) similarly served as the venue for a drag queen story hour sponsored by LGBTQ advocacy group Rainbow Mobile September 8. “We stand strong for the library being open to everyone,” says MPL public relations officer Amber Guy, who notes that outside groups hold thousands of events in the library each year, and these events span the spectrum of political and social beliefs.

Community members opposed to the event spoke at city council and county commission meetings, arguing that it was inappropriate for young children. However, Guy says that even officials who personally disagreed with the program felt it came down to a free speech issue, and they did not attempt to prevent it. An overflow crowd of 300 came to the event itself. Opponents planned protests at the library that day, but only about 50 protesters showed up. Rainbow Mobile organized a counterprotest, which drew about 300 supporters.

Using the protests as an opportunity for discussion has proved fruitful for PPLD. John Spears, chief librarian and CEO, says the library’s responses to the Family Policy Alliance’s automated emails generally didn’t lead anywhere. But many people called the library, and those calls provided an opening for productive conversation. “It was rare that we didn’t bring them over to the realization that the same rights that protected a drag queen are the same rights that would protect the Family Policy Alliance or anyone with controversial views,” he says.

Being the target of protests can negatively affect library staffers, however, particularly when the invective used by protesters becomes extreme. In a way, Spears says the pressure has brought his colleagues together. “We sent out a lot of communications to our staff of about 500 to be sure they had clear talking points,” he says. Recognizing that some staff members might oppose the event itself, the points focused instead on the value of intellectual freedom to protect all views.

MPL also successfully defended its event on intellectual freedom grounds, which was made easier by Rainbow Mobile. “They did everything by the book and provided all of the information required by anyone using our meeting rooms,” says Guy, which helped the library demonstrate that the event met library policy. The organization stayed in communication with the library and worked hard to make the event successful on its own, with a group of volunteers welcoming attendees and helping kids do a craft project.

Guy also notes that the protests stayed peaceful in part because of the library’s good working relationship with local police. “Because both sides are passionate, there were times when things got heated,” she observes. “The police were able to defuse the situation without the library having to get directly involved.”

James LaRue, director of the American Library Association’s Office for Intellectual Freedom, recommends that, as long as drag queen storytimes are planned in accordance with library policies, libraries resist protesters who call for cancellation. “When libraries announce a drag queen storytime, then get community pushback, then cancel, it does not turn the people who were complaining into supporters,” he says. Instead, protests that succeed in getting a library program canceled only encourage more protests in the future.

Positioning the library as an organization that hosts a wide range of programs—potentially including an event sponsored by the protesting group—can more effectively make clear that libraries stand for the free speech rights of all people, LaRue says.

An earlier version of this story appeared at bit.ly/AL-DragQueens. 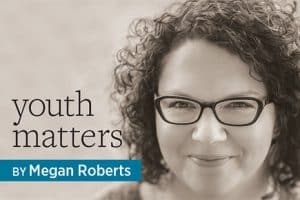 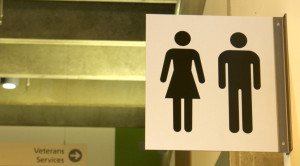