Kenyatta D. Berry—attorney, author of The Family Tree Toolkit: A Comprehensive Guide to Uncovering Your Ancestry and Researching Genealogy, and host of PBS’s Genealogy Roadshow—works to bridge the gap between genealogists and historians as she helps people uncover their lost or forgotten family histories. Berry serves as honorary chair of Preservation Week, held April 21–27, and this year’s theme is preserving family histories. American Libraries spoke with her about the importance of genealogy and about her work with Preservation Week.

You have a law degree. How did you get started in genealogy? Do you see a correlation between the two fields?

I absolutely see a correlation. I love research and writing. I love reading and digging and finding clues. And that’s what genealogy is. I started doing genealogy when I was in law school. I took a break from reading about torts and contracts and began researching my ex-boyfriend’s family, who were prominent African Americans in North Carolina. At that time, folks who were more prominent were easier to find than my own ancestors. The internet was in its infancy then, so I was looking at books, I was looking at microfilm, I was researching in biographical sketches and databases in the library. So that’s really how I got started.

Now where the law degree comes into play and how the two mesh is, at some point, I decided to focus on enslaved genealogy. Most of the records related to the enslaved are in courthouses. A lot of the documentation around deeds, probate records, wills, inventory account books—all of those things are in courthouses because the business of the day was conducted at the courthouse. Most of those records have not been digitized. So being able to understand the legal system and know where to find those records—as well as understand the legalese from the 1840s, 1850s, 1860s, or even into the 1890s—you have to know what they’re talking about, and the law degree helps.

There’s an increased interest in genealogy and family history right now. Why do you think that is?

I think it’s due to a few things. Over the past decade or more, we’ve seen information become readily accessible online that is record-related—very baseline things around vital records and census records. You can look someone up easily, especially after the release of the 1940 census in 2012, which allowed you to research and look up someone who was 72 years or older at that time. So you could possibly find your grandparents and great-grandparents in the 1940 census and see where they lived and what they did at that time. I think that helped a lot.

A lot of the growth has been due to DNA testing that’s become more affordable. And finally there’s genealogy as a television genre [with shows like] Who Do You Think You Are?, Genealogy Roadshow, Long Lost Family, Relative Race, and of course Finding Your Roots with Skip Gates. You have all these shows that put the genealogical research out there. It’s not just DNA—they use records and they tell a story.

What misconceptions do people have about genealogy and being a genealogist based on what they see on television?

The biggest misconception is that we show up and just lay it out in front of you—“Here’s your entire ancestry”—as if we didn’t do a couple months of research. And that happens because it’s TV, right? The way things are edited, the way they create a story to keep us enthralled and coming back each week—they have to add that entertainment element. And by having entertainment elements, sometimes the perception [is created] that genealogy is easy to do. Depending on the show, some folks may take four to six months or longer to research. You may research a really compelling story or case and not find an answer. A lot of the feedback we get from genealogists is that we make it look too easy, and they don’t like that. But they also understand that no one’s going to watch you flipping through microfilm on TV. While that’s fascinating for me, that’s not going to make for good entertainment. I think having the TV shows is great, though, because they increase awareness of genealogy. People are excited about finding family history.

You stress the importance of genealogy as a tool to help people learn about their own personal stories. Do you see genealogy as an important tool for African Americans and other people whose family histories might not be easily accessible because of slavery?

Yes, genealogy is a vital tool for folks whose stories have been lost to history. Genealogy allows you to take them out of the pages of a census or a death record and create a narrative around them. I really try to use genealogy to bring folks to light. I work with a group called Universities Studying Slavery, and I was at the University of Mississippi earlier this month. And within its library special collection, they have a plantation record—the plantation account book of all the enslaved people owned by this gentleman who lived in Oxford and had plantations in the area and around Mississippi. That plantation book had the names and ages of the enslaved. Every time I turned the page, I saw someone’s name and just an age, nothing identifying them or their family unit, just “Isaac, age 27.” I always thought, I want to know more about Isaac, more about him than just being an enslaved individual. He has more of a story, and the way you get to his story is to do the genealogy and add historical context.

Storytelling and genealogy go hand in hand, but once you add the historical context, it makes that story not necessarily easier to tell, but people can put it in a framework where they say, “Well, this is what was going on at that time in history. And here’s how my ancestors fit in.”

You’re the honorary chair for Preservation Week this year. Will your advocacy efforts have a theme?

My plan is to talk about the importance of preserving your family history and those memories and photos and things related to it. As we continue in this digital age, people have short attention spans. Most of the folks who are younger, they want that quick fix, and we miss out on those stories. I hope to remind people how important it is to capture those stories, preserve those stories, and share their stories with family members and to really bring attention to genealogy as a tool for storytelling. 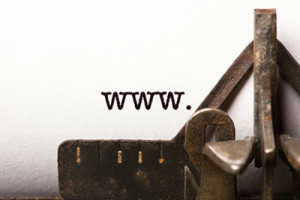 As more and more patrons and users go online to do research, libraries must consider several factors prior to digitizing their collections