Bookend: Sparking a Love for Learning

Dinah Wade has spent hundreds of hours learning how to respond to a fire: how to hook up a hose to a hydrant, identify different types of smoke, and administer CPR. But it’s her training as a librarian and former classroom teacher that kicks in when she meets a nervous kid on the scene of a call. Once, responding to a medical situation in a family’s home, she spotted a stack of library books on the counter. “So of course I have to be nosy and ask the kids about what they’re reading,” she says.

Wade is library media specialist at Freedom Intermediate School, serving 5th- and 6th-graders in the city of Franklin, Tennessee—and a volunteer firefighter with the nearby Williamson County Rescue Squad. She started her fire training in 2007, the year she married a career police officer who also volunteers with the station.

Since then, she’s partnered with the Franklin Fire Department to bring fire safety programming into the library for Fire Prevention Week (October 6–12 this year). She also gives equipment demonstrations at local schools (“They need to see I’m a real person under that gear and they shouldn’t be scared of me, even though I look like Darth Vader,” she says) and administers an annual essay contest with themes inspired by they the National Fire Protection Association’s public-awareness campaigns.

“When you reach out to your local government and form these partnerships, you help kids see more of their community,” she says. “It’s important for kids to know there’s a bigger picture, and they’re a part of it.” 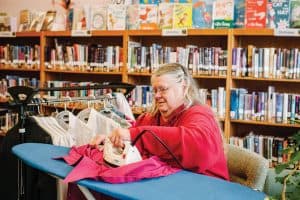 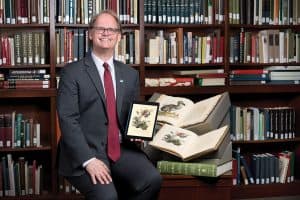