By the Numbers: Libraries and Sustainability

Earth Day will be observed April 22.

1
Year ago the American Library Association (ALA) added sustainability as a core value of librarianship. At the 2019 Midwinter Meeting in Seattle, ALA Council committed to the triple bottom-line framework for sustainability: practices that are environmentally sound, economically feasible, and socially equitable.

50
Number of years Earth Day—widely recognized as launching the modern environmental movement—has been observed. ALA’s Sustainability Round Table will promote 50 actions libraries can take to celebrate the Earth Day 2020 milestone.

$1.2 billion
Amount that LEED-certified buildings saved in energy costs from 2015 to 2018, according to the US Green Building Council. LEED buildings also saved an additional $715 million in maintenance costs and $54 million in waste savings.

80%
Percentage by which Santa Cruz, California, aims to reduce its community-wide greenhouse gas emissions by 2050 (as compared with 1990 levels). Patrons at Santa Cruz Public Library’s downtown location were invited this year to learn about flooding, erosion, and the city’s coastline management plans through a virtual reality experience.

11.2 million tons
Amount of textiles sent to landfills in 2017, according to the US Environmental Protection Agency. 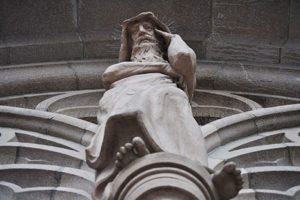 Council I Votes on Sustainability