In Portland, Oregon, the music of local freak-folk legends The Tree People is landing on new ears. The same goes for country act The Toads and spiritual rock band The Functional Monkeys. And Multnomah County (Ore.) Library (MCL) is making it happen with a music streaming service devoted exclusively to regional artists. MCL considered it a no-brainer.

“Portland and Multnomah County really treasure their music and libraries, so it was a natural fit,” says Shawn Cunningham, director of communications and strategic initiatives at MCL, about the Library Music Project, which offers more than 250 locally produced albums to stream or download. The service also provided MCL with a gateway into the local music scene, says Cunningham. The library partners with community groups to offer live concerts, music video recording events, and other activities to promote the platform.

Libraries across the country are using the expanding prevalence of music streaming to connect with local artists, offering them a platform to share their music digitally and freely to music lovers around the world. And when done right, it can also set the stage for deeper community connections.

MCL and other libraries use MUSICat, a service from developer Rabble, as their digital music platform. The open source platform allows libraries to curate digital collections more easily, says Preston Austin, a Rabble software architect. Here’s how it works: The library can invite artists to join its collection or submit songs via a built-in form. The library then indefinitely licenses the work, on nonexclusive terms and for honorarium payments it determines. If the band is already signed to a record label, it is the band’s responsibility to prearrange for all necessary rights and responsibilities for streaming through the platform.

Offering streaming music provides other bonuses, too, says Austin. “Libraries are really good at building community value,” he says, pointing out that celebrating and supporting local artists is an important way to create cultural enrichment in a region.

Jason Rabb, librarian at Salt Lake City Public Library (SLCPL), says SLCPL knew going digital would allow for more immediate outreach. “Our CD collection reaches back a few decades, [but] the HUM collection”—short for Hear Utah Music—“is designed to be a resource for what’s happening in the music community here and now,” he says.

HUM includes more than 175 albums from at least 140 local artists, with total monthly streams in the 2,000–5,000 range. But that’s only part of the picture, says Rabb.

“Stats don’t capture how meaningful it’s been for us in connecting with our community,” he says. Rabb cites the opportunity to work directly with local artists and support them with honorariums as a highlight—as is working with them on other programming like concerts at the library, HUM-TV (video recordings of local artists available on Vimeo), HUM Fest (a day of performances held at a nearby amphitheater, on the library roof, and inside the building), and other projects. In June, the library created a HUM Pride playlist and made it available on the streaming service, spotlighting local LGBTQ+ artists from the collection for the city’s Pride festival.

KVJB was built from the ashes of LPL’s Lawrence Music Project, an attempt in 2015 to stream local music and archive information on Lawrence-based bands past and present, according to Kevin Corcoran, collection development librarian at LPL. The library uploaded its Lawrence Music Project catalog to KVJB before opening up the service to new submissions. The move “helped springboard efforts to revitalize” the project, Corcoran says.

Chapel Hill (N.C.) Public Library has partnered with the town’s Community Arts and Culture division to launch Tracks Music Library, a streaming collection of more than 70 local musicians and bands. It was funded by an Institute of Museum and Library Services grant of $49,250, administered by the State Library of North Carolina.

“Chapel Hill is a music town,” says Melissa Bartoletta, marketing and communications coordinator for the city. “The Triangle region of North Carolina is home to a rich musical heritage. Our goal is first and foremost to support local musicians and to connect our library community to new, homegrown talent.” 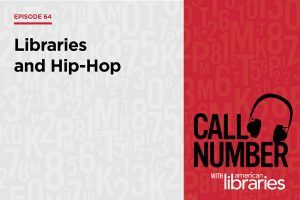 Conversations about using the art form to educate and entertain 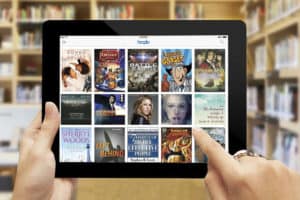