The Kentucky Court of Appeals, in a 3–0 decision today, reversed two circuit court decisions in Kenton and Campbell Counties that contended that libraries in those counties had improperly raised taxes for decades.

Local library advocates appealed the ruling, and the Kentucky Court of Appeals has announced its decision to rule in favor of Campbell and Kenton County public libraries.

Today’s ruling will block efforts by local Tea Party members that would have required the public libraries to refund millions in collected tax revenues and reduce tax rates. The move would have slashed the libraries’ rates in half: Campbell County Public Library rates would have fallen from 7.7 cents to 3 cents per $100, and Kenton County Public Library rates would fallen from 11.3 cents to 6 cents per $100.

The funding cuts would have forced the libraries to cut services and staff and eventually close library doors. This decision could have affected 99 counties in Kentucky, blocking access to libraries for roughly 83% of Kentucky residents.

State library usage figures from FY2013–2014, show that Kentuckians checked out more than 30 million items from the state’s 119 public library systems—the highest usage rate ever recorded and a 2% increase from the previous fiscal year.

In a statement, ALA President Courtney Young and Public Library Association (PLA) President Larry Neal applauded the Kentucky Library Association for its efforts to win the appeal. “Kentucky libraries play a vital role within their communities and serve as a lifeline to resources that foster self-help and lifelong learning,” Young and Neal said. 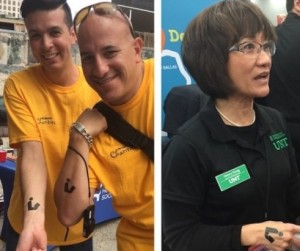