Authors, experts in digital search and research, and school librarians gather at AASL 2015

It was a long day—starting with a 7:30 a.m. session with author Brian Selznick talking about the power of stories, through dozens of concurrent sessions to a revealing look a internet skills by Northwestern University professor Eszter Hargittai—and ending with a celebration at the Columbus North Market. And yet, the final full day at the 2015 American Association of School Librarians (AASL) conference in Columbus, Ohio, was filled with new ideas, revealing research, and opportunities for learning.

There was no snoozing through Selznick’s early morning talk about his story process and how important librarians have been to him since elementary school in East Brunswick, New Jersey. Selznick, a 2008 Caldecott Medal winner for his self-illustrated book The Invention of Hugo Cabret, had everyone laughing and sighing over his beautiful illustrations and stories about his work, including his newest novel, The Marvels from Scholastic Press.

“Librarians have given me endless support,” Selznick said, recalling Barbara Gross, a school librarian who invited him to stay at her house and threw a dinner party for him after his first novel The Houdini Box was released. Gross introduced him to award-winning authors Jerry and Eileen Spinelli at the dinner.

Selznick created The Marvels after being inspired by visits to the Dennis Severs House, a London home/museum that captures the time period from 1724 to the beginning of the 20th century. “It was one of the most magical and uncanny experiences I’ve ever had,” he said. He became friendly with the curator David Milne, who suggested Selznick and his husband go “mudlarking” on the banks of the Thames River. The rocks and stones that make up the banks are actually the leftovers of centuries of London life. “It’s like walking on an endless catalog of stories that will never be told,” Selznick said.

More than 2600 attendees came to AASL15, 10% of whom were administrators who attended with their teacher librarians. AASL encouraged the increased numbers, and several programs were geared toward collaboration beyond the library.

The closing session featured Eszter Hargittai, a communications professor at Northwestern University who talked about her research in social and economic affects on digital skill. “Think of me as your digital myth buster,” she said.

The first myth she busted: “All young people are digitally savvy.” In her research, many students were not able to correctly identify that bcc in an email meant that the recipient would not see all the people the email was sent to, nor could they identify a URL from a legitimate bank versus a false one.

“Income and education are very much related to skill,” she said. Furthermore, people who are less privileged are less likely to be on social media sites such as Twitter, LinkedIn, and to some extent, Facebook.

The second myth she refuted: “Young people are more digitally savvy than older people.” Instead, her research has shown that age is not a factor in technology skills. Librarians are a major potential source of help to kids about vetting sources, understanding how search engines work, and creating a positive online identity.

“The internet can have positive effects, and depending on how it is used, it can be negative,” she said. Beyond the economic factors, a child develop skills. “It depends on the support they get in their libraries.” 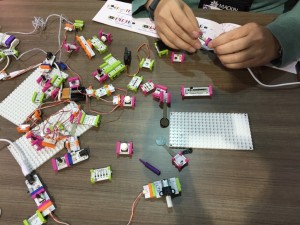 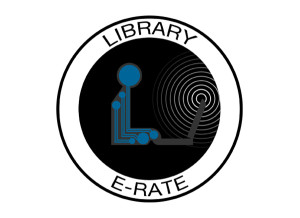 Broadband is Coming—Is Your Library Ready?