ALA and Libraries Win the Day on Net Neutrality

On June 14, the US Court of Appeals for the D.C. Circuit upheld the Federal Communications Commission’s (FCC) net neutrality ruling across the board. The latest ruling is a significant victory for the American Library Association (ALA), libraries, and public access to the open internet.

This landmark decision confirms that internet service providers (ISPs) cannot engage in “paid prioritization” and must keep the internet open to all users, content providers, and application developers. This decision has a direct impact on library services: It ensures that libraries and library patrons can post and distribute information over the internet without having to pay additional fees or suffer degradation or blocking of internet traffic.

This is the third time the appeals court has reviewed the FCC’s net neutrality policies, and the results have improved each time. In 2008, the FCC found that Comcast had degraded certain peer-to-peer traffic and ordered the company to change its network management practices. But the appeals court overturned the FCC’s ruling in 2010, finding that the FCC had not cited any statutory provision giving it authority to make such an order. In 2012, the FCC found that it had regulatory authority under Section 706 of the Telecommunications Act, and imposed a nondiscrimination obligation on ISPs. On review, the court agreed that the FCC had some authority to act under Section 706 but did not have enough authority under that statute to ban discrimination.

The FCC took up the issue a third time in 2014. ALA, along with many other library and higher education organizations, filed extensive comments, held several meetings with the FCC, and testified in support of keeping the internet open for all users and applications. ALA pointed out that libraries could be stuck in the internet slow lane if ISPs were permitted to prioritize certain traffic for a fee. In February 2015, over the vehement objections of the broadband industry but to the delight of ALA, the FCC decided to treat broadband as a regulated “common carrier” service under Title II of the Communications Act, and it imposed rules to ban blocking, throttling, and paid prioritization. The FCC imposed the same rules on mobile broadband providers as on wired broadband providers and also adopted a general conduct standard to prevent unknown future abuses. (In adopting this standard, the FCC specifically relied on the comments submitted by ALA and others.)

The broadband industry appealed the FCC’s ruling on a number of fronts, and ALA joined with the Association of College and Research Libraries, the Association of Research Libraries, and the Chief Officers of State Library Agencies in filing an amicus brief in support of the FCC’s ruling. In a 2–1 decision, the court upheld every one of the FCC’s decisions. The majority found that it was reasonable for the FCC to find that, from a consumer’s perspective, ISPs offer basic transmission service to the public separate from additional services, such as email and web hosting. The court also found that the FCC had adequately explained the potential harm to the internet ecosystem if ISPs were allowed to discriminate and agreed that it would be illogical for wired and wireless customers to be regulated differently. The court also found that the general conduct standard was a reasonable effort to provide advance notice to the ISPs about the possibility of future regulation. The dissenting judge, however, found that the FCC’s decision to reclassify broadband as a Title II common carrier service was based on arguments that were “watery thin and self-contradictory.”

The broadband industry may seek further review of this decision—either to the full Court of Appeals or to the Supreme Court—but it is not clear that the courts will take up the case. Broadband companies also will urge Congress to legislate against net neutrality, but the chances of getting such legislation enacted during this election year are slim. The Court of Appeals ruling may have put an end to more than a decade of lobbying on net neutrality, and the principles of nondiscrimination and free flow of information over the internet may have finally prevailed. If the new rules are properly enforced, libraries will not have to worry about paying additional fees or facing unequal treatment when using the internet.

JOHN WINDHAUSEN is a telecommunications and broadband policy attorney in Washington, D.C. who worked at the FCC and on Capitol Hill before becoming an advisor to ALA. 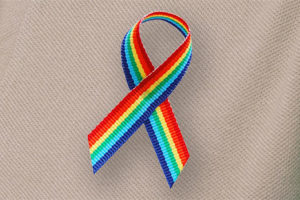 Support Activities and Resources for Orlando

President's message to ALA members and Annual Conference attendees 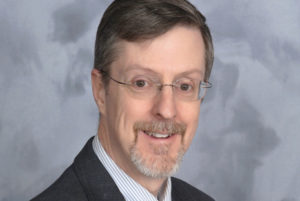