Anatomy of a Miracle Is New Book Club Central Pick

In a starred review, Booklist calls Anatomy of a Miracle “vibrant, bustling, and humorous…. A nuanced and endlessly entertaining exploration of the age-old debate between faith and reason.” Kirkus Reviews writes, “Miles possesses a rare and admirable command of structure and style, shifting smoothly from Afghan patrol tactics to Catholic doctrine to neurological science; his sentences are thick with data, wittily delivered.”

“Libraries have long been the seed banks for my imagination, so I’m humbled and thrilled that Sarah Jessica Parker and ALA have chosen Anatomy of a Miracle as their Book Club Central selection,” Miles says.

Parker describes Miles as “a great American storyteller,” and says his new novel “is astoundingly joyous and deeply humane.”

Book Club Central debuted in June 2017 as a resource for book clubs and readers everywhere. Parker’s previous picks are No One is Coming to Save Us by Stephanie Powell Watts, Exit West by Mohsin Hamid, and Stay With Me by Ayobami Adebayo. 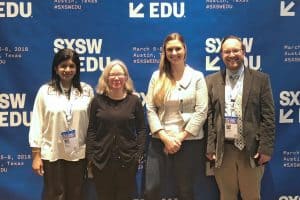 Libraries and the Computer Education Spectrum