The public–private partnership brings together internet service providers, nonprofit organizations, and the private sector to narrow the digital divide for families with school-aged children who live in HUD-assisted housing. It builds on the ConnectED initiative to connect 99% of K–12 students to high-speed internet in classrooms and libraries by 2018. In a July 14 media call, Castro recognized the national partnership of the American Library Association (ALA) and libraries in the 28 pilot communities for helping to create true educational experiences for families.

Libraries from Meriden, Connecticut, to Nashville, Tennessee, and Cleveland to Seattle are working with local public housing authorities to provide training to youth and their families. At the national level, ALA coordinates across the libraries and back to HUD and its partner EveryoneOn. ALA and libraries also are leveraging and promoting the DigitalLearn.org resources developed by the Public Library Association (PLA). With 19 modules ranging from six to 22 minutes (including 12 translated into Spanish and new courses related to online scams and accounts and passwords), the site had 55,054 unique visitors between May 2015 and May 2016—a 7% increase over the same period the year before. Chicago Public Library has worked with PLA to customize DigitalLearn with a user interface to create accounts, take needs assessments, and create and manage learning plans. This customization option is now available to other libraries as well.

Other ConnectHome partners include Best Buy, GitHub, and the Boys and Girls Clubs of America, which came together with HUD and dozens of students in Washington, D.C., on July 15 to recognize the achievements of the past year. Castro recounted his first day at Stanford University, using a mouse for the first time, and how this knowledge is even more important for every American today. “I know there are people in this room who have big dreams. ConnectHome is about making sure every single person has the tools you need to reach your dreams,” he said. In fact, students at the event built their own digital tools with help from Kano computer kits underwritten by Best Buy.

Devonte Gooding, an “alumnus” of the DC Best Buy Teen Tech Center, paraphrased singer James Brown in the difference technology access has made in his life: “Open the door, and I’ll make my own way through.” Gooding is interning as a photographer in the US Department of Energy’s graphics department. He plans to be the first in his family to graduate from a four-year college.

Nashville Public Library offers one example of how libraries are meeting community needs in new and varied ways. ConnectHome Nashville’s top priority is to leverage existing digital inclusion offerings in Nashville-Davidson County to improve the lives of residents. The library has completed a round of basic digital literacy training in the first year of the pilot and is preparing to provide more advanced training, including job training, educational programs, using health resources, and leveraging the StudioNPL digital media lab. The teen-created digital literacy PSA using Studio NPL offers an example of how empowering youth as creators can inspire them and increase awareness of the power of the internet and library resources. The local ConnectHome initiative is also part of a larger Anytime Access for All effort in the city.

Where libraries have the mobile resources, they are taking their training to the public housing residents, as in Nashville and Cleveland. At the 2016 ALA Annual Conference and Exhibition, PLA President and Cleveland Public Library Director Felton Thomas announced the library had reached close to two-thirds of all the families targeted in the pilot with basic training that included online privacy and security.

With summer winding down, ALA and PLA plan to work with HUD and EveryoneOn to increase awareness via webinars and coordinating calls of the range of library services and resources available to students as they prepare to head back to school. ALA also submitted comments this week to HUD supporting its proposals to install broadband infrastructure in new and renovated housing, as well as address broadband access needs for low- and moderate-income residents in community development planning.

ConnectHome is one example among many of how libraries are advancing national and community priorities like digital inclusion and broadband adoption—a key theme for the Policy Revolution! initiative and related work preparing for the forthcoming presidential transition. 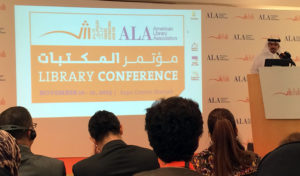 Library Issues from a Fresh Perspective

The ALA Library Conference at the Sharjah International Book Fair 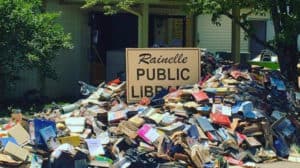