Fighting the Battle for a Livable Planet

Bill McKibben says we are in trouble

Noted author and environmentalist Bill McKibben, whose 1989 book The End of Nature is said to have been the first popular exposé of man-made climate change, spoke on Saturday afternoon to a dedicated audience of concerned librarians brought together by the Social Responsibilities Round Table and the Sustainability Round Table.

McKibben minced no words. “We are currently losing the battle for a livable planet,” he said. “We need to use every model we can think of to get back in this fight. We need to understand the vast scale and pace of the problem of climate change in order to get the right scale and pace of our solutions.”

“In 1989, we knew we were in trouble,” McKibben said, “but we didn’t know how fast it would happen and how hard it would pinch. In May, the highest temperature ever recorded on the planet was observed in Turbat, Pakistan—128° F, which is “at the edge of a human’s ability to endure. I can set my oven lower than that.” On June 20, Safiabad, Iran, saw the “lowest relative humidity ever recorded: 0.36% at 115.7° F. Under those conditions, your tears would evaporate before reaching your mouth,” he said.

At the South Pole, the Larsen C Ice Shelf—a huge iceberg the size of Delaware—is expected to break away from Antarctica within the next few weeks. McKibben said he had started a campaign in the UK with the organization responsible for naming Antarctic features to have the new iceberg named after Exxon, the world’s biggest public oil company. “The places that have done the least to cause this man-made problem will be affected the most,” McKibben said. “Low-lying islands in the Pacific and Indian Oceans, river deltas along the coasts, the arid interiors of Africa and Asia. They have no technical resources to deal with these effects.”

“Libraries are the places where we house the records of previous civilizations,” McKibben said. “But those civilizations took place on a very different planet from the one we have now. Stopping climate change has become the biggest task that humans have ever encountered.” Scientists have issued warnings since the 1980s, and engineers have enabled new technologies not based on carbon. “What got in the way? We have to acknowledge the limits of human reason, which cannot triumph over the greed and self-interest of the fossil fuel industry. We won the argument but lost the fight.”

In 2007, McKibben and seven undergraduate students set out to take action and convince public officials to reduce the amount of carbon dioxide in the atmosphere from 400 parts per million to 350, considered a safe upper limit to avoid a climate tipping point. The organization, aptly named 350.org, staged an International Day of Climate Action on October 24, 2009, in which concerned citizens in 181 countries engaged in more than 5,200 synchronized demonstrations, many of them involving marches, rallies, bike rides, dives, and gigantic depictions of the number 350. McKibben said that when he gets discouraged by the immensity of climate activism, he looks at the photos submitted from around the world, and “I realize that this is a world movement.”

“I also realize,” he added, “that we are past the point where we can solve this problem by local or personal action. An array of solar panels on your home will not make a difference. We need to join together globally.” However, he said later, “there shouldn’t be a library around without a bunch of solar panels on the roof. It’s a symbolic connection between solar energy and the enlightenment that comes with knowledge.”

“Climate activism is a job that involves standing up after hours and on weekends—that’s when the job of citizenship gets done.” It’s not radical in the slightest, McKibben said. “We want the world to work the way it has for thousands of years: A little bit of ice at the top and bottom, and perhaps a coral reef or two in between. The abolitionist Theodore Parker said, ‘The arc of the moral universe bends towards justice.’ But global warming is the first crisis with a time limit. The arc of the physical universe bends towards heat.”

Unlike all other fights, he said, “where a compromise is possible by meeting somewhere in the middle, the climate change predicament is an argument between human beings and physics, which just does not compromise. It does what it does. Our job is to figure out how to meet that physical reality.” 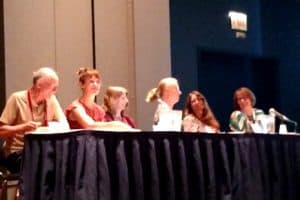 A First-Timer’s First Ever Day at ALA 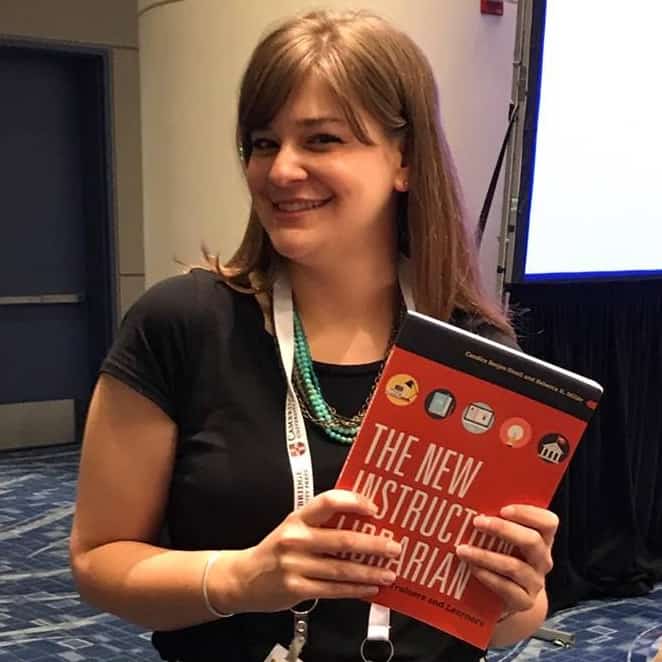 Rebecca K. Miller discusses the ins and outs of the profession