Paul Rusesabagina’s last name translates to “he who disperses his enemies” in the Kinyarwanda language. There is no more fitting name for the man responsible for saving 1,268 Tutsi refugees from certain death at the hands of Hutu soldiers during the Rwandan genocide.

Rusesabagina was the featured speaker at the always popular Alexander Street breakfast, held Sunday morning during the 2014 American Library Association Annual Conference in Las Vegas. Rusesabagina, whose harrowing story was depicted in the Oscar-winning film, Hotel Rwanda, gave a riveting, heartbreaking talk about his life and the events that would forever change it. He detailed the socio-political and historical background of the conflict between Hutus and Tutsis that escalated into horrors that would take the lives of much of Rusesabagina’s family, his friends, and an estimated 500,000 to 1 million Rwandans. The stone-silent audience hung on every word.

“Within a period of three months, our whole kind of life completely stopped,” he said. “One-hundred percent. The whole country was smelling of death. You could see the flies and dead bodies on the roads.”

Rusesabagina’s surviving family members begged him to leave the county. Upon seeing the devastation, though, he knew that he had to stay and help. “I heard my conscience say, ‘If you leave these people here, you will never sleep.’” Rusesabagina offered safety to refugees in a hotel that he managed in the city of Kigali, using his persuasiveness to divert those who might come to harm them.

“Words are the most important weapon in a human being’s arsenal,” he said. He also credited his belief in the goodness of man for saving lives. “No matter how hard a heart is, it has a soft spot. You have to find it.” By appealing to his enemies’ hearts, Rusesabagina saved lives.

“Each and every one of us on Earth has a mission,” he said. “Every day I live is a bonus.” Rusesabagina uses his days now to speak to audiences about the genocide and by working with the Rusesabagina Foundation. It’s ongoing work, and Rusesabagina didn’t mince words detailing the history of the struggle to raise awareness. When asked what his advice would be to possible US presidential candidate Hillary Clinton on Africa and genocide, Rusesabagina turned fiery. He places much blame on President Clinton and the United Nations Security Council for turning blind eyes to the genocide in 1994 despite pleas for help from Rwanda. “Clinton swallowed it all,’ he said. “If he had intervened, these people—my grandmother and her six grandchildren—would still be alive.” 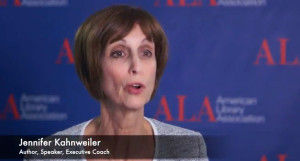 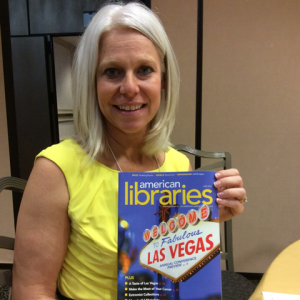 An Interview with Heather Gudenkauf

Libraries and Little Mercies at the Gala Author Tea