In response to President Trump’s proposal to eliminate the Institute of Museum and Library Services in his FY2018 budget, American Library Association (ALA) President Julie B. Todaro today issued the following statement:

“The President’s proposal to eliminate the Institute of Museum and Library Services in his FY2018 budget just released, and with it effectively all federal funding for libraries of all kinds, is counterproductive and short-sighted. The American Library Association will mobilize its members, congressional library champions, and the millions upon millions of people we serve in every zip code to keep those ill-advised proposed cuts from becoming a congressional reality. Libraries leverage the tiny amount of federal funds they receive through their states into an incredible range of services for virtually all Americans everywhere to produce what could well be the highest economic and social ‘ROI’ in the entire federal budget.

“America’s more than 120,000 public, school, college and university, and many other libraries aren’t piles of archived books. They’re trusted centers for technology, job counseling, retraining, veterans services, entrepreneurship, education, teaching and learning, and free inquiry at the core of communities in every state in the country—and in every congressional district. And they’re staffed by the original search engines: skilled and engaged librarians.” 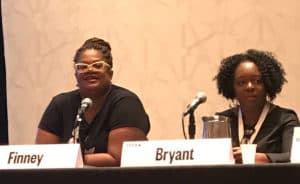 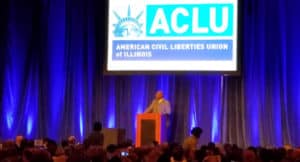