The Reality of Residency Programs

Three librarians of color talk about the challenges and benefits

Academic library resident programs: How are they structured? What experiences do they offer? Should you or shouldn’t you apply to them?

At “Under the Hood: Exploring Academic Library Resident Programs in Practice,” a September 28 panel at the third National Joint Conference of Librarians of Color in Albuquerque, New Mexico, three librarians of color talked about the benefits, challenges, and outcomes of their current and recent residencies. Moderated by Madison Sullivan, business research and instruction library at the University of Washington in Seattle, the discussion gave personal insights into two-year and three-year programs at three major US universities.

Why pursue a residency?

Jesus Espinoza, who just finished his first year of a two-year residency at University of Michigan (UM), said he applied because he wasn’t sure where he saw himself in the profession. “I was drawn to them by the support and mentorship emphasis,” he said.

For Twanna Hodge, who completed one year of a two-year residency at University of Utah before leaving the program, residency applications were just a part of her job search like any other posting. “I was looking for anything and anyone willing to hire me,” she said.

Kalani Adolpho, who is one year into a three-year position at University of Wisconsin (UW) Madison, said they applied because they didn’t feel their graduate program gave them practical experience for entering the field. “Residency was a way to gain that experience,” Adolpho said.

How did the resident’s disclosed, salient identities impact the work?

For Espinoza, who was hired in a cohort with three others, it was meaningful that his identities—first-generation college student, Mexican American, and gay—were being seen. He also said that by getting involved with La Casa, the Latinx group on campus, he met undergraduates who were excited to see someone who looked like them in the library.

Hodge said her experiences were challenging. “I’m black, I can’t hide that. I was the only black librarian in the library,” she said. “[Staffers] thought that my job was educating people in the library about diversity.”

Adolpho, who identifies as hapa (mixed native Hawaiian), nonbinary, and gay, said they got involved with different equity and diversity committees “to help with the onboarding process to make sure people are having conversations about their workplace culture.” They noted that UW-Madison library staff is more than 90% white and fragility is a problem. “There’s been some progress but it’s a lot of work,” Adolpho said.

All three panelists said the application and interview process was similar to that for any other job. For Hodge, being the inaugural resident in the program meant there was some ambiguity. “Utah didn’t have a prior residency, so they couldn’t answer some of my questions.” She noted this was stressful because the university is a predominately white institution.

Espinoza said he didn’t like being asked in his interview what diversity “solutions” he would bring to UM. “I don’t feel like I should be expected to do that because I’m in a residency program.”

What are the benefits to being the sole resident vs. part of a cohort?

“I was the only one at my institution,” said Hodge. “For me it was an incredibly isolating experience. I got all of that singular focus; I had to do a lot of background laying.” She had to tell people, “I’m not an intern, I’m not a student worker, I have an MLIS, I’m trained, I can do this.”

Espinoza said there were also drawbacks to being in a cohort. “There was maybe a lack of trying to see each person and the work people were individually doing,” he said. “There was a tendency to just see us as The Residents.”

Adolpho was happy to have another diversity resident they could bond with. “Venting is really important.”

How did the residency match up to expectations?

“I didn’t really have time to explore my first year,” said Adolpho. They also wished that, overall, they would have gotten more training.

Espinoza didn’t expect so much autonomy in his role. “Our rotations were based on our own interests,” he said.

Advice for those considering a residency program?

“Consider whether you want to do public services or technical services,” said Adolpho. “Most [residencies] tend to be public services because they want people to see you.” They also advised, “If they say it’s an exploratory first year, ask what that means. It’s really hard to self-start if you don’t know what your options are.”

“Residencies can be incredibly valuable if they’re done right,” Hodge said. “These are people who want to be retained and kept in the profession.” 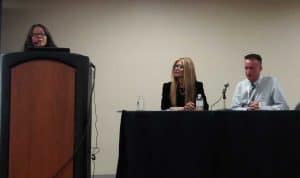 My Library, My Story 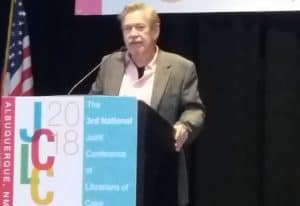