Library of the Future: Learning with the Long Now Foundation

The Long Now Foundation is a nonprofit organization fostering long-term thinking, specifically the 10,000 year time span on either side of the year 2000 (8000 BCE–12000 CE).

Danielle Engelman, director of programs, began her presentation at ALA Annual with an explanation of Long Now’s signature project, the 10,000 Year Clock. The clock is an icon for long-term thinking, envisioned as a way to get people to think in very long terms about the consequences of their choices.

Of significant interest to attendees was another Long Now initiative, the Rosetta Project. Long Now’s founders wanted their clock to be accompanied by a library, which needed a language key so that the clock would still be readable for 10,000 years. The Rosetta Project is documenting and preserving language in a publically accessible archive of text, audio, and video recordings of 1,500 languages.

Rosetta is a physical archive—a 3.5-inch disc made of nickel, with 13,000 pages microetched onto its surface. The disc does not depend on hardware or software to be read, only magnification, thus obviating the need to keep up with rapidly changing technology or the looming “digital dark age.”

“We would love to see one in every library in the world,” Engelman said.

Other Long Now projects in various stages of development:

PanLex. PanLex is an open source database of dictionaries, words, and phrases. Currently available as a Chrome plugin, it can translate words into thousands of languages.

Seminars. The foundation hosts live monthly seminars running 60 to 90 minutes each. Audio of all the events is online. The 12 most recent video versions are free to the public; the full catalog is available for members only.

Revive and Restore. Long Now is trying to bring back extinct animals, such as the passenger pigeon, by connecting the leading scientists in genetic rescue and getting them to collaborate.

The Interval. The foundation has created a modern version of the salon, which includes prototypes of the clock and other projects, a café, meeting and event space, and a cocktail historian (“We have pages on the martini!” said Engelman).

Long Now office manager and programs associate Catherine Borgeson described Long Now’s other library collection: the Manual for Civilization, envisioned as the 3,500 books that you would want to have to restart civilization, if needed.

The library began as a thought exercise about what works you would include, similar to the Svalbard Global Seed Vault.

The books are divided into four categories: the mechanics of civilization, the cultural canon, long-term thinking and futurism, and rigorous science fiction (imaginative thought about society and the future).

The library is crowd-curated, and Long Now is tracking the metadata around collection—who suggested a book, how many suggested it, specific editions and translations, and so on. “Why 3,500 books?” asked Borgeson. “That’s how much shelf space we have available.” If a new book goes in, another book has to be voted out, so the collection will remain living and flexible. The library currently has about 1,300 books.

How will this library protect books for 10,000 years? Borgeson said that although the physical books may not last forever, the information in them will be scanned and saved at Internet Archive and possibly microetched on disc, similar to the Rosetta Project. Or maybe, Engelman added, there will be a solution in the future. 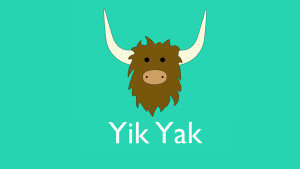