Joquetta Johnson, school librarian at Randallstown (Md.) High School, opened her Saturday afternoon ALA Annual Conference program, “Lyrics as Literature: A Musical Approach to Teaching Literacy, Social Justice, and Amplifying Student Voice,” with a short quiz. She gave attendees lyrics and asked them to guess which were written by modern hip-hop artists and which were by William Shakespeare.

The selections stumped most of the crowd and presented Johnson’s thesis: Music lyrics—especially in hip hop—should be viewed and taught as literature. Doing so, Johnson said, can allow students to find deeper meaning in their favorite songs and open new worlds of personal expression, especially in regard to social justice issues.

Johnson’s project “Lyrics as Literature: Using Hip-Hop to Amplify Student Voice (Activism) and Social Justice.” inspired the session. The project received the 2019 American Association of School Librarians’ Roald Dahl’s Miss Honey Social Justice Award. “There’s a bias against hip hop,” Johnson said, citing how many people prejudicially view it as simply music that glorifies violence and sexism. Rather, it should be recognized and taught as an art form that can inspire students to reevaluate language and how it can be used. Strides are being made, she said, noting how rapper Kendrick Lamar received a Pulitzer Prize for Music in 2018 for his album Damn.

Teaching hip hop can cross educational disciplines, as well, Johnson said. She instructs her students to use websites like Songfacts to research the lyrics and narratives in some of their favorite songs. Doing so can reveal new meanings and histories for further study, she said. One example is Kanye West’s song “Blood on the Leaves.” It was inspired by Billie Holiday’s 1939 song, “Strange Fruit,” which began its life as a poem and song by Lewis Allan protesting the lynching of African Americans in the US.

Hip hop as a tool for social justice is a prime component of Johnson’s program, especially in regards to social media use. “We don’t tell kids how to use social media to activate their voice,” she said. But hip hop can help them do so in ways they can identify with, she said. She explained how her students created word trees and personal mission statements inspired by Tupac Shakur’s lyrics and poetry that showed how they viewed themselves and the world. Those statements became hashtags that defined the kids’ personal beliefs and commented on race and racism in America. 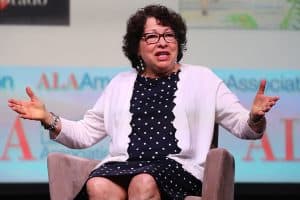 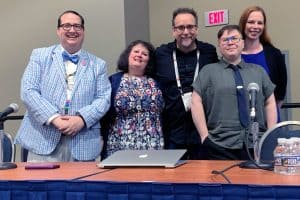 Self Care Is Not So Selfish