Former First Lady Michelle Obama told thousands of librarians on June 22 that she wants to start “a conversation about voice” and the stories each of us has to share. Obama spoke to an estimated crowd of 8,000 people who attended the opening session of the American Library Association’s (ALA) Annual Conference in New Orleans. 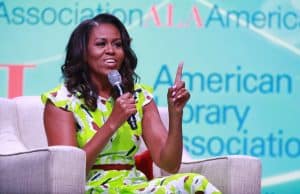 “I know that there are so many people in this country, in this world, who feel like they don’t exist because their stories aren’t told or they think their stories aren’t worthy of being told,” she said at the Morial Convention Center. “In this country, we have gotten to the point where we think that there’s only a handful of legitimate stories that make you a true American.”

Obama spoke of family, raising children, being a woman, gaining a strong work ethic, striving for work/life balance, and the importance of remembering each other’s humanity.

On childrearing, Obama said “it does take a village.” She said she encourages young women to build their village because it will be their salvation, keeping them sane and balanced. “I can’t save the world if my household isn’t solid,” she said.

She realized that rather than jump off her career track, she felt more freedom to ask for what she needed and “knowing that I was worthy of it.” It’s a lesson, she said, that is difficult for many women especially. “As women, as individuals, you have to ask for what you need and not assume that people are going to give you what you need.”

And as African Americans, she said she and her husband, former president Barack Obama, knew very early on that they would be measured by a different yardstick. “Making mistakes was not an option for us. Not that we didn’t make mistakes, but we had to be good—no, we had to be outstanding—at everything we did.”

For their own kids, she said they are held to high standards too, but they are instead measured by how they interact with the world, “things like kindness and compassion and empathy.” “How do they treat their friends? How do they treat each other?”

Obama said she got her first library card at age 4: “That was sort of my first major big-girl thing.” Even though she was too young for a wallet or purse to hold the library card, she said she “felt really special just to have it.”

SANHITA SINHAROY is interim editor and publisher of American Libraries. 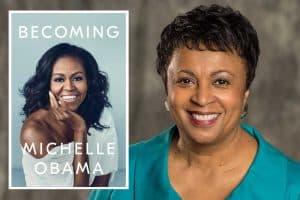 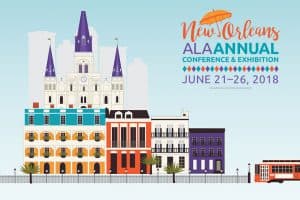