“It’s such a pleasure to be in the company of people who love and believe in books,” said US Poet Laureate Tracy K. Smith in the first half of the President’s Program at the American Library Association Annual Conference and Exhibition in New Orleans on June 24. She was interviewed by Brendan Dowling, assistant editor of Public Libraries Online.

Smith has been traveling around the US, but instead of reading at the usual bookstores and college campuses, she’s been hitting public libraries, churches, and community centers. She said the sense of gathering in these spaces has been intimate and inspiring. For example, she read her work in a men’s rehab facility, and although the poems were not about addiction, audience members spoke to her afterward about how their experiences were reflected in the poems she read.

She believes poetry has a role in understanding current events. “I turn to a poem when I have a question that I want to wrestle with,” Smith said. “A poem is a way of learning more about a situation.”

She read from her current book, Wade in the Water (Graywolf Press, 2018), which pulls from original Civil War-era letters and other found materials. Her next book, the anthology American Journal: Fifty Poems for Our Time, is a joint project with the Library of Congress and will be released in September. The book examines what it means to be an American through the work of 50 living American poets.

Journalist and filmmaker Jose Antonio Vargas brought his compelling story to the second half of the President’s Program. Vargas was born in the Philippines and brought to the US at age 12. He began writing for outlets from his local newspaper to the New Yorker and eventually landed a spot at the Washington Post, where his team won a Pulitzer Prize for coverage of the 2008 Virginia Tech shooting.

But Vargas had a secret—despite working steadily and paying taxes, he was undocumented. He revealed his status in a New York Times essay in 2011. That year he also started Define American, a nonprofit advocacy organization focused on immigration issues.

His experiences have led him to ask basic questions about migration generally: Why do people move? What role does US foreign policy play in migration? Why can his iPhone cross borders more easily than he and his mother—who is still in the Philippines and whom he hasn’t seen in 25 years—can?

He has also written Dear America: Notes of an Undocumented Citizen (HarperCollins, September). “After 25 years of living illegally in a country that does not consider me one of its own, this book is probably the closest thing I have to freedom,” he said.

Vargas’s childhood home had no books and no computer, so he often did his homework at Mountain View (Calif.) Public Library. “Libraries are the place where I found out what being an American is about,” he said. He said he learned to speak they way he does through libraries, PBS, Dr. Dre, and Jay Z. His uncle—a naturalized citizen—used to drop him off at the library but never went in because he never felt welcome.

Vargas said he is prepared to be deported but knows he will leave a legacy here if he has to leave. In addition to his film and writing work and Define American, a California elementary school is being named for him. The principal has asked him what books he wanted in the library. 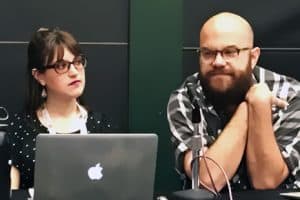 Emotions in the LIS Job Search 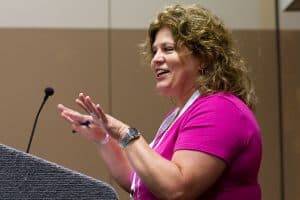