It’s been several days since I left Austin and headed to Indianapolis for the 2014 Public Library Association Conference. Though I don’t think I’ll ever be finished reflecting on my time at SXSW Interactive 2014, I do want to take a moment to write a bit more about why being a part of SXSW was personally and professionally rewarding.

Anyone who attends any of the many engaging library conferences understands the value of immersing oneself in our professional culture, attending inspiring and engaging presentations, and learning from those outside of one’s own library system. Yet, except for some of the keynotes, we don’t often hear from those outside our field. At SXSW on the other hand, only a few of the presentations are led by library staff (though if the library community has anything to say about it, that will change), but ideas and concepts that can inspire us abound. The following are just two of the sessions that I attended which, I hope, illustrate my point.

SXSW has a quick-fire-format presentation, Future15, which challenges presenters to cover a topic in 15 minutes. There were so many interesting Future15 presentations that I never seemed to be able to get to, so when I saw “Productivity: Effectively Scaling Yourself” by Scott Hanselman, I made it a point to attend. And I’m glad I did. Hanselman’s talk gave me so many concrete ideas about how to manage the constant flow of information that we all struggle to stay on top of. For example, he suggests that when you get to work, rather than sending emails and checking the myriad social networks we claim we are doing important work on, stay completely off the internet and get 3–4 hours of hard work done before lunch. As Hanselman explained, email only begets more email and Facebook and Twitter really only keep us under water in the information stream. It didn’t hurt that his talk also included hilarious lines like, “When there is only one set of footprints in the sand, that is when Jesus stopped following you on Twitter.”

Another session that I went to in which there was nothing explicit about libraries was given by Scott Cook, the founder of Intuit, the company that owns firms such as TurboTax and QuickBooks. In “Create Awesome: Empower Teams to Change the World,” Cook drew upon his decades of experience as a product developer and described a method for motivating teams to creatively problem-solve. All of his presentation materials are online, and though they might take a bit of tweaking to make them work in a library setting, I think any library staff member could use these methods to help teams think strategically about the issues we face. One of the most intriguing concepts Cook spoke about involves focus groups versus experimentation. In his extensive experience, he found that focus groups (where, in his words, you do fake testing in a fake setting) produced data that, when tested through experimentation (real testing in a real setting), was often proven false. His advice: Trust your hunches and start experimenting.

I hope that my posts here have helped library staff recognize the value of attending SXSW Interactive. And I hope that next year, library workers make an even bigger impact by being visible in the tech community as active participants and contributors. I look forward to seeing what we can do together.

MARY ABLER is a public librarian currently employed as an Innovation Leadership Program Resident, a joint project of the Los Angeles Public Library and the Library Foundation of Los Angeles. 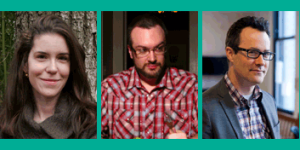 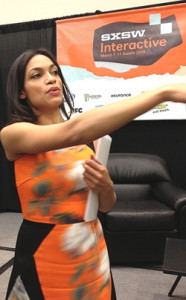