As ALA president, Todaro will be the chief elected officer for the oldest and largest library association in the world.  She will serve as president-elect for one year before stepping into her role as president at the close of the 2016 ALA Annual Conference in Orlando, Fla.

Upon learning the outcome of the election, Todaro remarked, “I am honored to be elected the president of the American Library Association. I am especially honored to be the first community college librarian elected to serve in this important role in our profession.”

An ALA member since 1972, Todaro’s activities — which focus on all types of libraries — include cochair of President Barbara Stripling’s Libraries From Now On summit, cochair of President Camila Alire’s Frontline Advocacy initiative, member of President Nancy Kranich’s Information Literacy Partnerships initiative, member of President Mary Somerville’s Kids Can’t Wait initiative, and lead authorship of Alire’s ACRL Presidential Initiative The Power of Persuasion. Todaro is the 2007–2008 past-president of the Association of College and Research Libraries (ACRL), the 2000–2001 Texas Library Association (TLA) past-president, and 2012 chair of the Texas Council of Academic Libraries. She has been active in ALA Divisions and Roundtables, including ACRL, the Library Leadership and Management Association (LLAMA), the Association for Library Service to Children (ALSC), and the Library Information Round Table (LIRT). Todaro was the chair for the Texas State Library and Archives Commission school library standards initiative and the TLA review of the public library development plan and the transforming Texas libraries initiative.

Todaro received the TLA 1996 Librarian of the Year Award, the 2012 Lifetime Achievement Award, and the 2005 Austin Business Journal Profiles in Power Award.

She is the author of Library Management for the Digital Age: A New Paradigm (Roman and Littlefield, 2014) and Emergency Preparedness for Libraries (Government Institutes, 2009), co-author of Training Library Staff and Volunteers to Provide Extraordinary Customer Service (Neal-Schuman, 2006), and wrote the columns “Truth Is Out There” (LLAMA) and “Nothing but Net” (Community & Junior College Libraries). Her latest publication, Mentoring A–Z, was just released by ALA Editions. 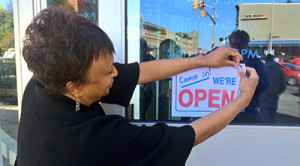 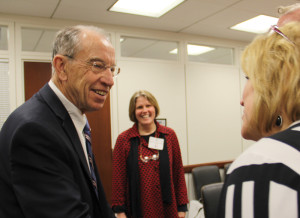