What Makes Chicago a Great Place to Set Murder Mysteries?

Mystery authors Claire O’Donohue, Frances McNamara, and David Walker explored the reputation of Chicago and why it is a great backdrop for mystery novels Saturday afternoon. Chicago has a reputation for having corrupt politicians and a high crime rate. Unfortunately, recent headlines prove that Chicago is still living up to that reputation.

O’Donohue, author of The Kate Conway Mysteries series, said that despite the reputation Chicago has, the city is “a diverse and friendly place” and “can be everything, hard or soft.” She notes the different kinds of neighborhoods Chicago has and how you can be in a different environment anywhere you go in the city.

Walker, author of The Wild Onion series, talked about his recent book Company Orders, in which a Catholic priest is forced to team up with a woman claiming to work for the government when his past actions come back to haunt him.

An audience member mentioned that in December 7, 1996, award-winning crime novelist Eugene Izzi had died of mysterious causes in an office building in the Loop. The police had ruled it a suicide, but unusual circumstances surrounding his death raised questions. Izzi was wearing a bulletproof vest and had brass knuckles, pepper spray, and a CD with an unfinished manuscript in his pockets. Some speculate that the subjects of his future book murdered him while others thought it to be a failed publicity stunt.

JULIE CAI is participating in the ALA Student-to-Staff program.

Statement from ALA Treasurer Mario Gonzalez 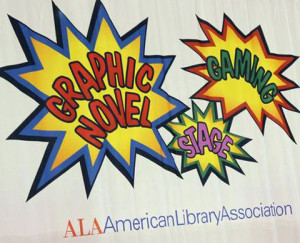