As ALA president, Wong will be the chief elected officer for the oldest and largest library association in the world. She will serve as president-elect for one year before stepping into her role as president at the close of the 2021 ALA Annual Conference in Chicago.

Upon learning the outcome of the election, Wong provided the following statement:

“First of all, I want to acknowledge the leadership and talents of my colleague, Steven Yates. He is a strong ALA advocate, and I look forward to working with him toward a strengthened association.

“This is a great honor for me personally. This election has brought to fruition a longtime aspiration to serve my profession and my association as ALA president. I am both excited and eager to help lead the ALA with our great staff, member leaders, affiliate organizations, and allies.

“We all need to work together to advance and build on the success of our 143-year-old institution. Our immediate challenges rest with the impact of COVID-19 on libraries, library workers, advocates, and library users in this country and throughout the world. These outcomes remain to be determined, but ALA will continue to support our members and libraries everywhere through its continued support of innovation and the evolution of library service.

“Our ALA finances need to be rightsized with fiscal controls and practices that reflect transparency and accountability. We need to develop diversified business models that are revenue positive and sustainable and attract and maintain the interest of new and existing members. And as our national population continues to grow and expand, ALA’s commitment to equity, diversity, and inclusion will require the collaborative support at all levels within the organization and with our many partners.

“Thank you for your confidence in me and for the support I have received from so many. It takes a village to create a thriving ALA. I am ready as one of those villagers to accept these great responsibilities and invite you to join me.”

Wong is city librarian at Santa Monica (Calif.) Public Library. She also serves as part-time faculty at the San José State University iSchool and is former director of library services at Yolo County Library (2008–2017). An active ALA member for 35 years, Wong has served several terms as at-large councilor (1996–2007, 2012–2014) and as California Chapter councilor (2015–2017). Wong is currently in her second term on the ALA Executive Board, previously serving 2001–2005. She has held numerous committee positions, including chair of the ALA Budget Analysis and Review Committee. She is an active member of Association for Library Service to Children, Library Leadership and Management Association, Public Library Association, United for Libraries, Young Adult Library Services Association, the Social Responsibilities Round Table, Ethnic and Multicultural Information Exchange Round Table, and the Rainbow Round Table. She is a member of the Freedom to Read Foundation and, as an ALA Executive Board member, has worked with the Association’s Intellectual Freedom Committee, Committee on Legislation, and the Conference Committee.

Wong also is the recipient of several awards, including the 2012 ALA Equality Award, CALA Distinguished Service Award (2014), and Member of the Year of the California Library Association (2012). She holds a BA in women’s studies and an MLIS, both from the University of California, Berkeley. 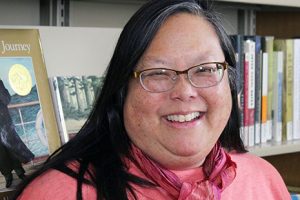 Meet the Candidates for ALA President: Patricia “Patty” Wong

Two candidates appeal to ALA members for their vote 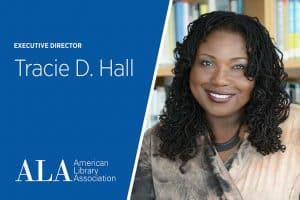