Immediately after the first meeting of the American Library Association (ALA) Council at the 2017 Midwinter Meeting on Sunday, the ALA Executive Board held a town hall–style meeting to allow ALA members to share their ideas on what they think the direction of the Association should be. Many members have expressed concerns about the effects of the US election on ALA policy and advocacy efforts. The Town Hall was proposed so that attendees could share feedback, concerns, ideas, and aspirations.

The event was streamed live on the American Libraries Facebook page, where it is available for replay. Cheryl Gorman, senior fellow of the Harwood Institute for Public Innovation, served as moderator for the 90-minute session, which gave each member a maximum of three minutes to state his or her concerns. A total of 32 individuals came up to the microphones during the session.

Most of those who offered their views did so as personal members or on behalf of an ALA unit rather than as representatives of their organizations. Commenters included:

Watch the video of the archived Town Hall meeting to hear all of the comments. 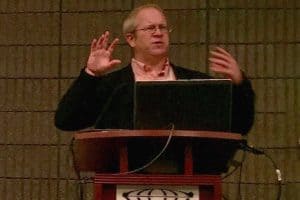