August 9 marks one year since police in Ferguson, Missouri, shot and killed unarmed teenager Michael Brown. With the anniversary looming this Sunday, Ferguson Municipal Public Library Director Scott Bonner is hoping for the best while preparing for the worst. Bonner, who has received awards for providing a safe harbor for residents during the Ferguson protests, spoke to ALA about how the past year has changed his library.

ALA: How are you feeling about the anniversary?

Scott Bonner: Worried. Not knowing is the worst part. There’s a possibility that we’ll see a big crowd of protesters, and if the police react strongly, things could get rough. We just don’t know. I tend to be optimistic, but I was also optimistic about the grand jury announcement (in November 2014), and we know how that turned out.

Are you taking any precautions?

Just trying to gather information: talking to people, paying attention to Twitter. Making sure everyone knows that we’re still here and still open for people.

When the shooting happened a year ago, you had been on this job for only five weeks. Now you’re preparing yourself for a possible similar situation, but you have so much more knowledge and experience than you did last year. What are you doing differently?

I know more about the patterns that the protesters and the police use, so if anything happens, I’ll know what to expect. I also have a lot more networks with the community. I’ve had a lot of conversations over the past year—with community activists, police, city officials. It was hard to make those connections when the original protests broke out, because I couldn’t go out into the protests and talk to people. It was important for me to be neutral. We welcome every human being in Ferguson, and if the library is seen as partisan, some people won’t feel welcome anymore.

So, since I couldn’t go to them, I had to wait for people to come to me. And they did. I’ve had people from all different perspectives come into the library to talk, presumably because they feel comfortable in a library, and they feel comfortable talking to me. As a result, I know people now at the ground level who I can check in with. Right now, I’m asking them, “What do you know?” And they’ll say, “Nothing yet.” And I just say, “Okay, keep me updated.”

How do you feel your library has changed in the past year?

We are far, far more programming-oriented. I knew when I took this job that I was going to try to make the library more responsive to the community. I didn’t know we would have to do it at lightning speed.

It was a big shift from what the library did previously. When I started, there was no programming on the schedule. The previous director had watched her budget drop from $600,000 in 2008 to $400,000 in 2012, so she pulled back a lot on library hours and programming, like so many libraries have had to.

How is your budget situation now?

Our budget hasn’t changed; we are still about $400,000 a year. The difference is that, last fall, we got a one-time windfall of $450,000 in donations. Immediately after that, the board formed a planning committee, looked into investments to stretch the money as far as we could, and vastly increased our programming budget. The donations allowed us to hire a second full-time staff person, our children’s librarian, who started in February. And some of it is going to improvements that are long, long overdue, like replacing our carpeting, which was from the 1990s.

So we got this one-time windfall. We have a great programming budget for the next four years. The question I’m facing now is, how can we use that for long-term good and to meet the library’s mission?

Where are you putting your new programming efforts?

In two directions. First, the community has made it clear that they want an opportunity to share their stories without a media filter. So we are working on two programs. The first is StoryCorps @ your library, which lets people record a 40-minute conversation with a friend that gets archived in the Library of Congress. We’re also in the early stages of creating a teen newspaper. We’ve tentatively named it the Ferguson Phoenix, but we’ll see what the teens want to call it when they’re running the show.

Our other big push is toward STEM/STEAM programming. We have been talking to HP, Boeing, and the (St. Louis) Science Center about different projects. This Thursday, Boeing is doing an invention night, and we are also hosting a build-a-computer program.

We’re also continuing a few programs that started last fall. We still have healing kits [backpacks stuffed with a stuffed animal, children’s books about healing, and information about mental health resources; patrons check out the kits, return the books and the backpack, and keep the rest]. We just had a big box of stuffed animals donated for those. And our Readings on Race book club is doing really well. It was started by community member Carla Fletcher. She wanted to find ways for people to stop talking past one another on race issues, and help people find a common vocabulary. They meet once a month, and we usually have a diverse group of about 20 people show up. In my experience, that’s a really good turnout for a small library book club.

How has the past year changed your perception of your community and your library’s role in it?

It has magnified my existing perception of what libraries are for and what they can do in a community. It’s given me a chance to take the community library idea and try it in hyperdrive. Our challenge now is, how do we transition back into normal mode?

You know, a half-dozen programs a month, on the type of topics you would expect at a library: book clubs, gardening, financial literacy. But part of me thinks, why go into normal mode? Maybe there is a benefit to staying more responsive. Not like last fall, when we were holding six or seven programs a day, but more like four or five programs a week. I’d like to have something available for people on most days we are open.

The actual anniversary of Michael Brown’s shooting is Sunday. Does the library have anything planned?

We haven’t planned a lot that is specific to the anniversary. We make it a point to say our doors are wide open. Being more vocal than that could put us at odds with various factions, and that’s not what we’re here to do. One thing I learned last year is that, if things get hot, we’re going to have plenty of programming to do, right then and there, so it’s probably good that the schedule is open right now. Besides, it has been conspicuously harder to schedule things for this upcoming week.

Do not wait for trouble to come before you make plans for trouble. When Michael Brown was shot, I hadn’t made contact with most of the service providers and nonprofits in my area. I had to do it on the fly. It would be useful for any library director to learn about the available services, make an initial contact, try to do a little program with them so you start to work together. Then if a tornado hits or whatever, you know where to go.

I was awed at the response we saw from teachers during our School for Peace. I had never seen so many volunteers in one spot. That really taught me that, if you have a division in the community, you can still get people to rally around something that everyone cares about, like children.

Finally, I’ve learned not to believe the hype. You can’t pay attention to the news. You also can’t rely too much on what one person says, because people are notoriously unreliable. You have to talk to a lot of people, really get your finger on the pulse of the community.

Learn about free community engagement resources available from ALA. 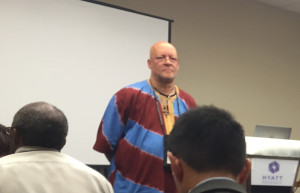 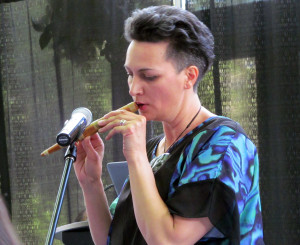 A report from the Ninth International Indigenous Librarians' Forum