Young people dissect a 3D brain, explore lava tubes, and play a virtual piano on immersive screens twice their size—using nothing but some PVC, fabric, laptops, a mouse, and a projector.

Immersive classrooms—spaces that use large displays and interactive elements to simulate environments—have been in use at large academic institutions for years. They generally require expensive screens, projectors, and interactive devices as well as expert-level development to design and adapt content. However, Fort Hays (Kans.) State University (FHSU) received a National Leadership Grant from the Institute of Library and Museum Services to develop a portable, modular kit to make these tools more accessible to small and rural classroom environments. Claire Nickerson, learning initiatives and open educational resources librarian at FHSU, shared the library’s progress in developing the kit on Monday, January 27, at the ALA Midwinter Meeting & Exhibits in Philadelphia.

The two most important considerations? “We wanted to be able to use inexpensive materials,” Nickerson said and, to lower costs further, make it easy for institutions to share costs. That meant it would need to be portable. “We did want to take digital inclusion into the account for this,” she said. “The fact that it’s portable can make it easier to bring into small communities.”

However, portability would present its own challenges. “It’s probably going to be set up by non-experts. We wanted to make the design simple so it’d be easy for most librarians to set up.”

Staff and student workers at FHSU’s Forsyth Library tested multiple iterations of the kit, trying out different fabrics and frames for the screens, choosing projectors and computers, and experimenting with low-cost but effective input devices. Input has been the most difficult problem to solve, according to Nickerson. Kinect sensors “work really well with one person and one screen,” she said. But, with multiple people in one room, they’re “not so great.” Trackballs confused younger people, hand sensors didn’t pick up on smaller hands, and infrared pointers proved expensive to retrofit. The team is currently testing webcam triangulation, but simpler options are available: “A podium with a mouse is much lower cost.”

In its current format, the kit includes:

“One of the advantages of being modular is that you don’t necessarily have to build the six screens we have at the size we built them,” Nickerson added. Institutions with restrictive budgets can build smaller or fewer screens, use lower-lumen projectors, or a less-powerful computer. In testing, the team ran demos with each screen and input device running on a separate laptop instead of a central computer. Though using separate laptops means each screen operates independently, reactions to the demos were positive: “Most people thought it was fun, many people didn’t think it was hard to use, and several people even thought it would improve their productivity,” Nickerson said.

Still, creating a platform for an immersive classroom won’t have much of an impact without content. In creating an interactive reconstruction of a one-room schoolhouse, the team repurposed open source 3D assets from projects other people had built, she said. When the team releases full documentation for the kit this summer, it will include outlines for suggested events and links to sites that provide free content that can be adapted for immersive screens.

As for the prototype, “I expect we’ll probably be pulling it out mostly for events,” she said. The university plans to use it for recruitment, and Nickerson hopes the local public library might be interested in using it as well. 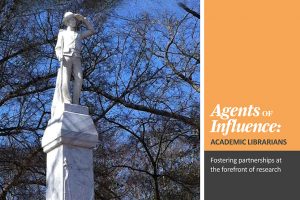