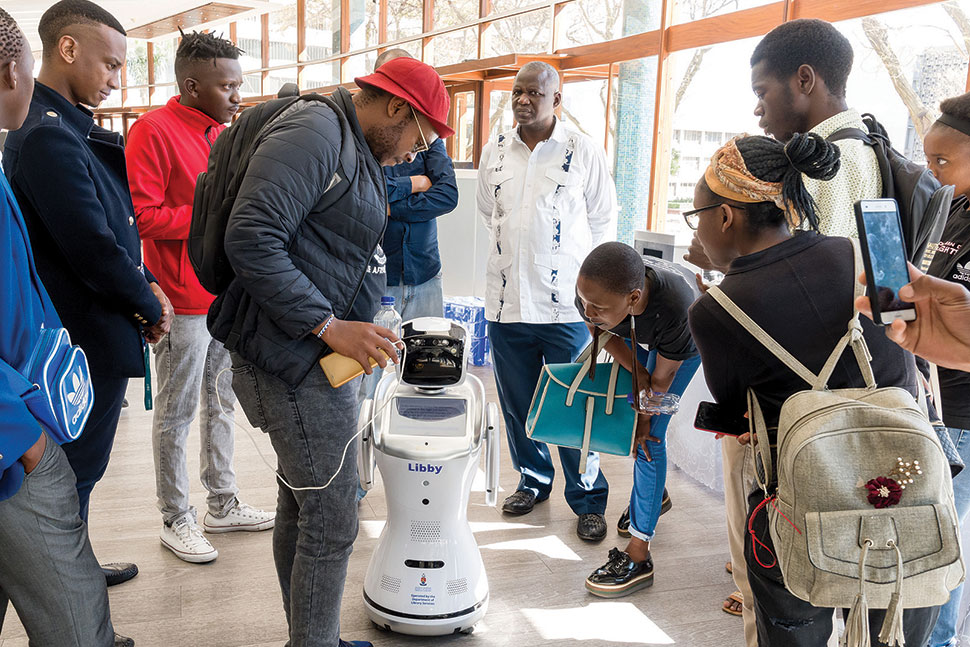 What the Future Holds

Here we offer insights and predictions from five library thinkers who shared their perspectives at the Symposium on the Future of Libraries during the American Library Association’s (ALA) 2020 Midwinter Meeting & Exhibits. From core values such as privacy and sustainability to more novel innovations such as the use of robots, we explore what the … END_OF_DOCUMENT_TOKEN_TO_BE_REPLACED 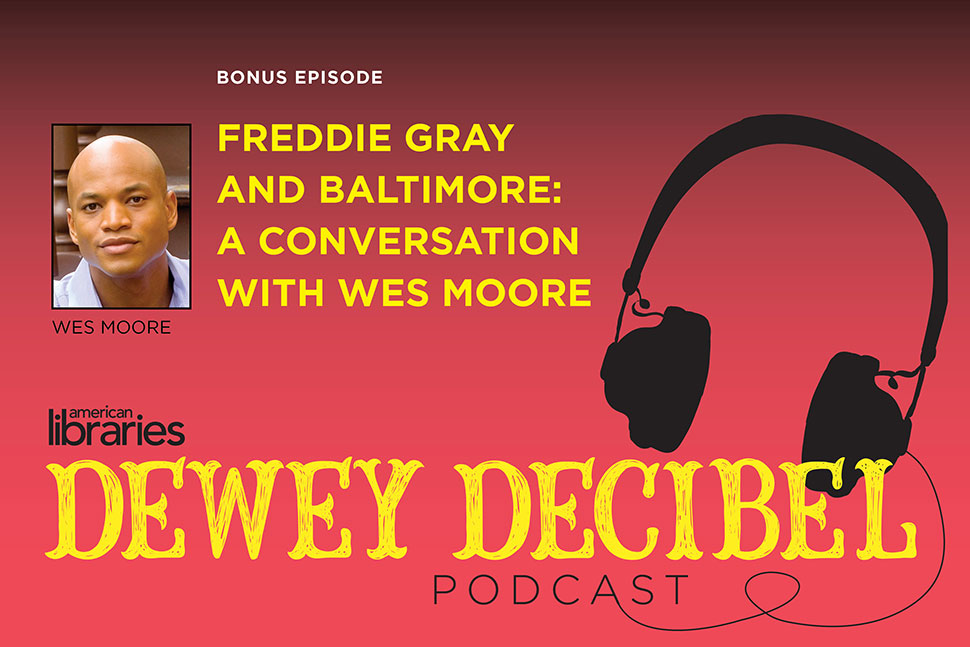 In this special bonus episode of the Dewey Decibel podcast, American Libraries Senior Editor and Dewey Decibel host Phil Morehart talks with Moore about his book, socioeconomic conditions in Baltimore, and how Enoch Pratt Free Library was the bedrock of the city during the riots. If you have feedback for the Dewey Decibel team, email deweydecibel@ala.org. Tell us … END_OF_DOCUMENT_TOKEN_TO_BE_REPLACED 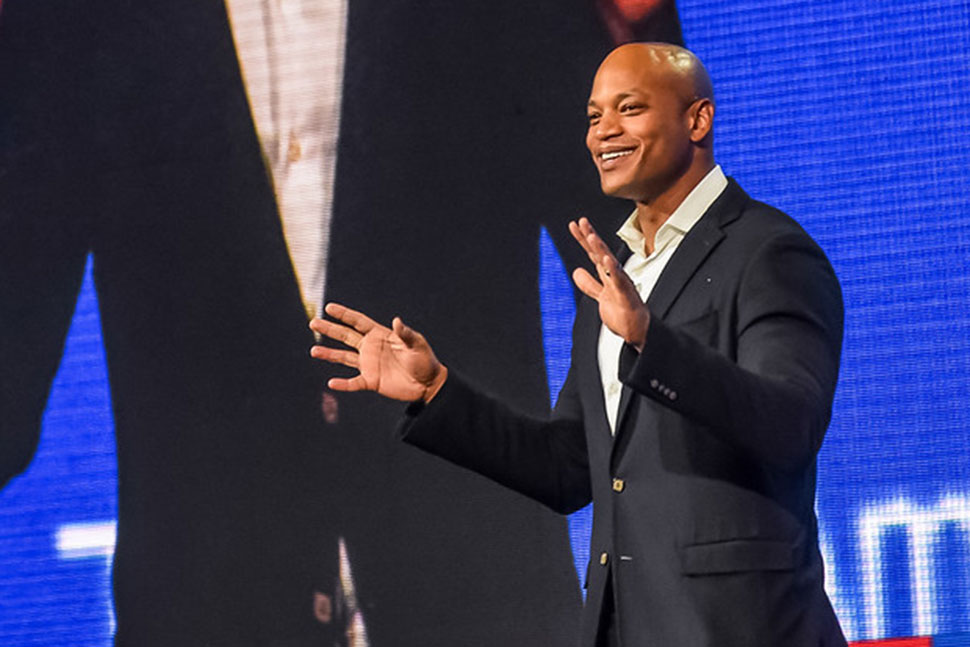 “How much pain are we willing to tolerate when we know we don’t have to?” asked opening speaker Wes Moore, CEO of anti-poverty organization Robin Hood, US Army combat veteran, and one of many speakers who addressed race and inequality. His forthcoming book (with Erica L. Green) Five Days: The Fiery Reckoning of an American City … END_OF_DOCUMENT_TOKEN_TO_BE_REPLACED 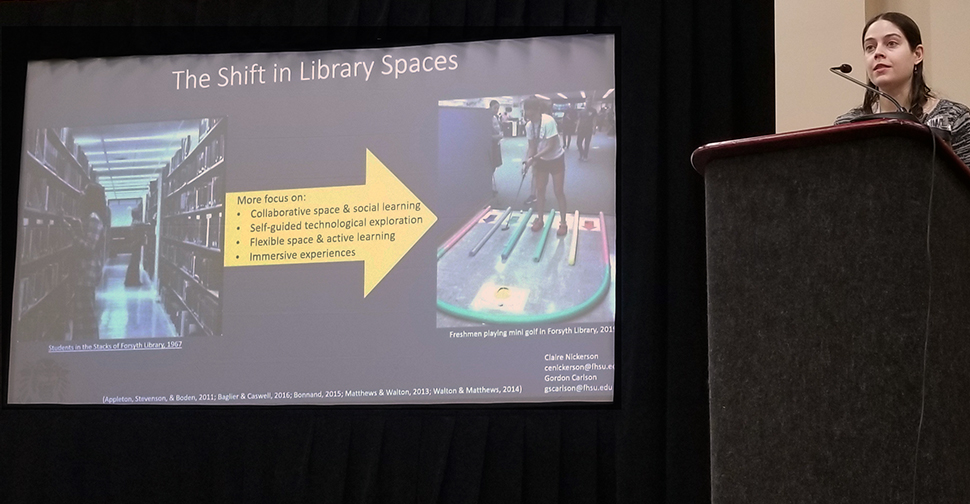 Immersive classrooms—spaces that use large displays and interactive elements to simulate environments—have been in use at large academic institutions for years. They generally require expensive screens, projectors, and interactive devices as well as expert-level development to design and adapt content. However, Fort Hays (Kans.) State University (FHSU) received a National Leadership Grant from the Institute … END_OF_DOCUMENT_TOKEN_TO_BE_REPLACED 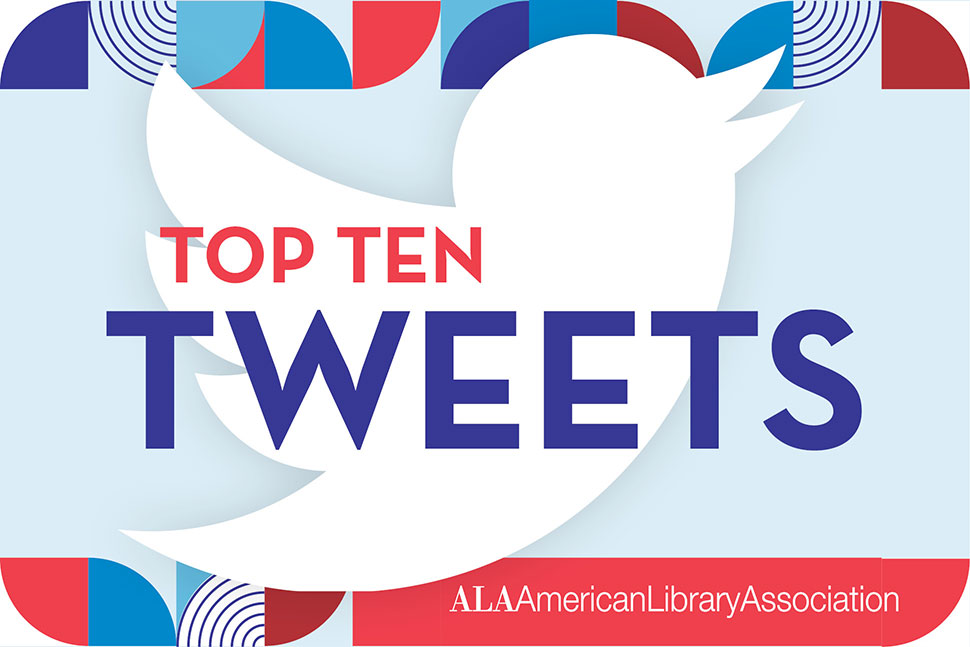 We started off the day waiting in line for the Youth Media Awards. I’m up and ready to head over to the #alamw20 Youth Media Awards. Yes, I’m early. I like it that way. — Tom Bober (@CaptainLibrary) January 27, 2020 And then the awards began! American Indian Youth Literature Award winners and honorees for … END_OF_DOCUMENT_TOKEN_TO_BE_REPLACED 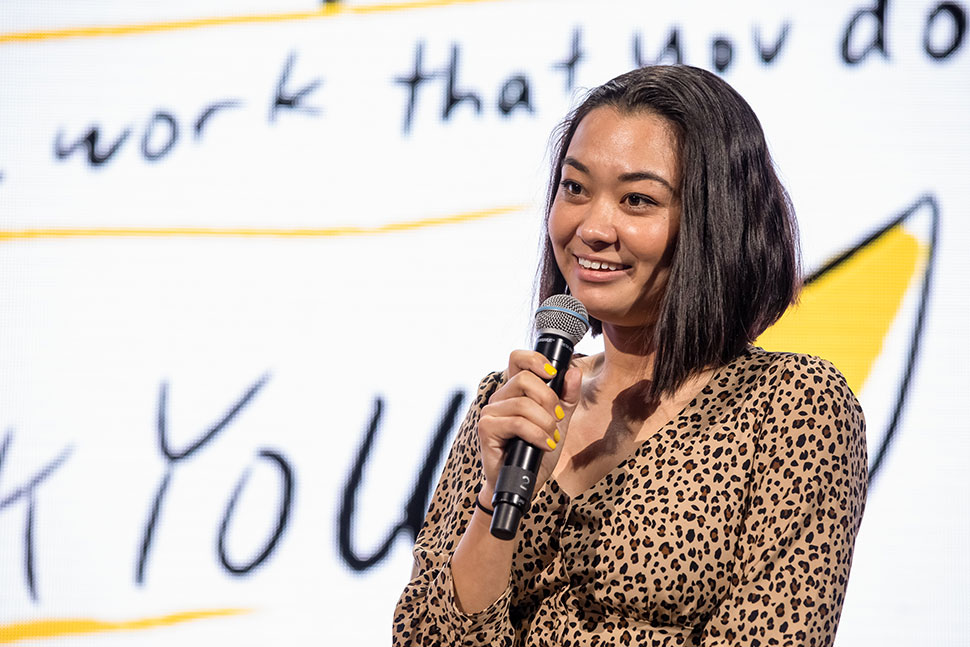 As “Emily Doe,” she was at the center of a widely publicized sexual assault case at Stanford University, in which members of the media and public fixated on assailant Brock Turner’s swim times and how a guilty verdict—the judge sentenced him to six months in prison when the case wrapped in 2016—would negatively impact his … END_OF_DOCUMENT_TOKEN_TO_BE_REPLACED 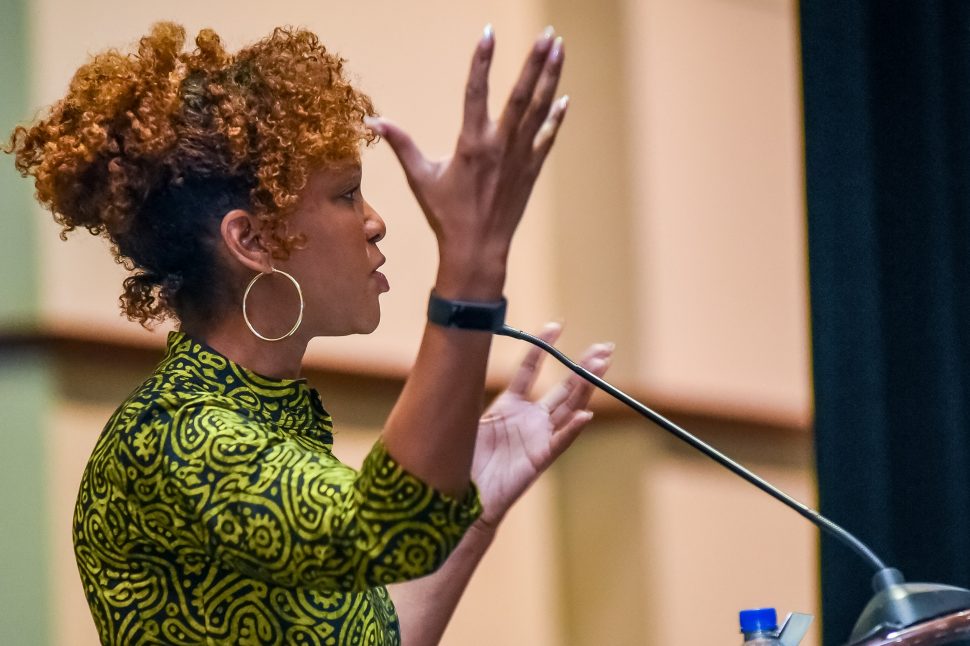 An estimated 300 people attended the 6:30 a.m. celebration Monday, January 27, at the ALA Midwinter Meeting & Exhibits in Philadelphia. In keeping with annual tradition, more than a dozen library leaders read selected passages from King’s work to recognize the connection between the library world and King’s advancement of peace and social justice. Keynote … END_OF_DOCUMENT_TOKEN_TO_BE_REPLACED

Jim Neal, chair of the Committee on Organization (COO), presented the COO report (CD#27), which included a look at the requirement for committees to file biannual reports, an event that does not happen consistently. Kim Copenhaver, a member of the Committee Information Update subcommittee, presented a report on whether that requirement should be changed, based … END_OF_DOCUMENT_TOKEN_TO_BE_REPLACED

Christi Buker, executive director of the Pennsylvania Library Association, stressed that libraries should focus on what they do best when conducting advocacy, highlighting successful programs and outreach efforts that can justify continued or new government funding. Alternately, Buker said that libraries need to focus on the bad, too. If libraries are hurting due to lack … END_OF_DOCUMENT_TOKEN_TO_BE_REPLACED 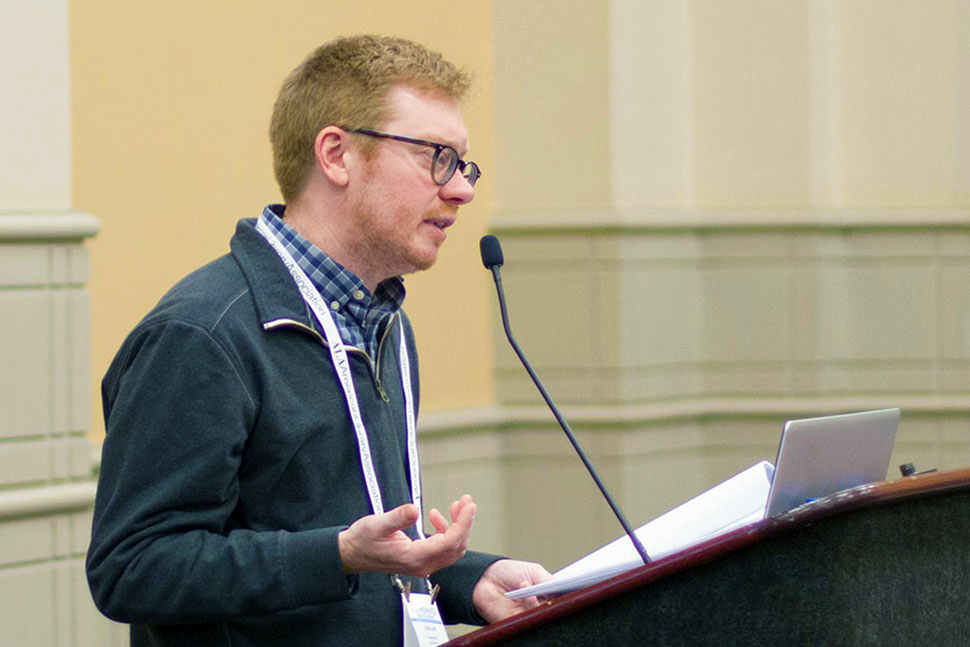 Jung and Renee Albrecht-Mallinger, senior design researcher at IA Collaborative, hosted a reading group at a collaborative art space in Chicago to address climate change through speculative design, with an end goal of creating an art piece that would engage people and get them to think more deeply about the topic. Jung spoke about the … END_OF_DOCUMENT_TOKEN_TO_BE_REPLACED 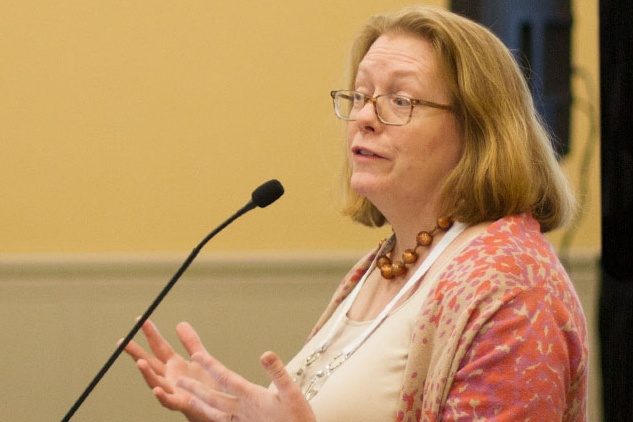 Tyson Barker, of the University of Oregon in Eugene’s psychology department, detailed how the human brain develops over the course of a lifetime. The brain changes the most during early childhood, and adverse experiences and stressors can hinder development, he said. He highlighted the importance of creating positive spaces in which children can be introduced … END_OF_DOCUMENT_TOKEN_TO_BE_REPLACED