Andrew Wertheimer, chair of the ALA Council Tellers Committee, presented the ALA Executive Board election results (CD#11.2). Latrice Booker, Larry Neal, and Alexandra Rivera were elected to three-year terms (2020–2023).

Rob Banks, chair of the Committee on Legislation (COL), presented the COL report (CD#20), subcommittee reports (CD#20.1), and legislative agenda for 2020 (CD#20.2) Highlights include the increase in funding for the Institute for Museum and Library Services (IMLS), the confirmations of Crosby Kemper III as IMLS director and Hugh Halpern as director of the Government Publishing Office, and ALA’s work on the 2020 Census. Banks thanked advocates and ALA’s Public Policy and Advocacy Office for their hard work. National Library Legislative Day will be held May 4–5.

Julia Warga, chair of the Intellectual Freedom Committee (IFC), provided an update on IFC’s activities (CD#19), including the 50th anniversary of the Leroy C. Merritt Humanitarian Fund. The IFC has formed working groups on privacy issues raised by facial recognition and other technologies. A resolution on access to library resources and services regardless of sex, gender identity, gender expression, or sexual orientation, an Interpretation of the Library Bill of Rights (CD#19.4), passed. A resolution on forming a working group to align vendor privacy policies with ALA policies (CD#19.5) also passed.

Banks, Drabinski, and Warga presented a joint report from COL, IRC, and IFC on the resolution in defense of the free speech of supporters of the movement for Palestinian rights (Annual 2018–2019 ALA CD#49). The resolution was reopened for debate and was defeated.

ALA Executive Director Mary Ghikas then provided answers to several questions asked during Council II, including specifics about FY2019 budget issues, the ALA building sale and endowment funds, and IT expenditures. More questions were taken from the floor, which will be addressed in continuing communications. 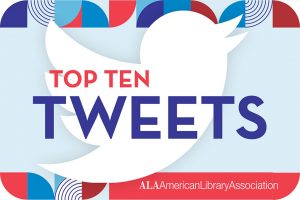 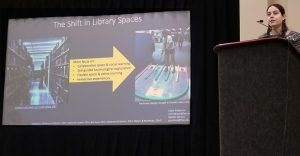