Service to immigrant populations is an increasingly important part of the library’s mission, as refugees or displaced persons are relocated in the United States and Europe, sometimes in places reluctant to have them. The ALA’s Ethnic and Multicultural Information Exchange Round Table issued Guidelines for Outreach to Immigrant Populations in December 2015. But refugees and immigrants seeking a new homeland are not a new phenomenon, and several speakers at an August 17 session sponsored by the International Federation of Library Associations and Institutions Library History Special Interest Group offered some insights.

Irene Munster, associate director of the Priddy Library for the Universities at Shady Grove in Rockville, Maryland, described the waves of Jewish immigrants to Argentina from 1889 to the 1930s, many of whom established their own library collections in Yiddish, Russian, German, or Polish languages in the towns and cities they settled in. As refugees from Russian pogroms, many of these “Yiddish-speaking Jews, persecuted in czarist Russia because of their political beliefs, participated in proletarian struggles and joined the incipient labor movement in Argentina,” Munster said. “They arrived with their revolutionary and progressive ideas and zeal to a very conservative and deeply rooted Catholic country,” bringing along books on collectivism, anarchism, and other leftist philosophies. Often the libraries in these Jewish colonies were supported by the Jewish Colonization Association, which settled refugees in agricultural communities.

In the 1930s, to support Jews who had escaped Nazi Germany, a Bibliothek der Lesefreunde was established in Buenos Aires to “rescue and preserve the German values found in books the émigrés brought with them or that were already in Argentina­—books that were burned on May 10, 1933, in Germany,” Münster said, “for being considered degenerate or anti-German.” Münster and other interested groups have been trying to locate and preserve the books originally held by these libraries in Argentina.

Raymond Pun, first-year student success librarian at California State University, Fresno, presented his research on the novelist Ameen Rihani (1876‒1940), whose Book of Khalid, published by Dodd, Mead in 1911, was the first novel in English written by a Lebanese Arab-American. Although little known today, Rihani’s book was illustrated by the better-known Lebanese illustrator Kahlil Gibran.

Pun said that Rihani first arrived in New York City in 1888 and lived in an area in Lower Manhattan around Washington Street that was known as Little Syria. He taught himself English and often visited the New York Public Library after it opened to the public in 1911, where he read classic works by Shakespeare, Whitman, Hugo, Huxley, and Tolstoy, and met with many people involved in the New York literary scene. “The Book of Khalid,” Pun said, “draws on many themes that are reflective of Rihani’s own experiences: the immigrant life, political struggles, Arab nationalism, and a critique of Orientalism.” Yet Rihani was a Maronite Christian, which made his experiences in America a bit different from those of Muslims decades later.

Pun, who then worked at the New York Public Library, on October 11, 2011, helped organize a program in honor of Rihani’s work and to celebrate the 100th anniversary of The Book of Khalid.

Sharon McQueen, a faculty member at the University of Wisconsin‒Madison, discussed the life of librarian and editor May Massee (1881–1966), who is best known for her work at Doubleday. But from 1906 to 1912, Massee worked in the children’s department of the Buffalo (N.Y.) Public Library where, McQueen said, she was an early pioneer in service to immigrant groups. She then moved to Chicago to become the first full-time editor of Booklist from 1913 to 1923 when she joined Doubleday’s children’s book division, which she inaugurated and ran until 1933. After a change of management, she got a job at Viking Press’s new children’s department, where she stayed until her retirement in 1960. During her long tenure, McQueen said, she courageously published books by foreign authors and illustrators, as well as titles set in foreign countries, a rarity at the time.

Suzanne M. Stauffer, associate professor at the Louisiana State University School of Library and Information Science in Baton Rouge, was unable to attend the conference because of flooding at home. Her paper was read by session convener Kerry Smith.

Stauffer’s research tracked the two waves of Vietnamese refugees who were resettled in East Baton Rouge Parish after the fall of Saigon in 1975 and how well they were served by the parish library. Her conclusions were disappointing, calling the library’s response a “story of lost opportunities” and “an example of unacknowledged whiteness and benign celebratory multiculturalism that continues to view immigrants as Other until they have accommodated themselves to the white American middle-class library, rather than accommodating the library to their needs.”

Stauffer found that the East Baton Rouge Parish Library owned some Vietnamese-language books but did not have any Vietnamese-language reference services or hold any appropriate programs for a community of close to 5,000 people. The actions that the library did take were “designed to incorporate the Vietnamese into the rubric of mainstream (white) society,” such as publishing a patronizing “welcome booklet” that offered lame advice on what clothes to wear and how to use food coupons. Although the library now has one part-time Vietnamese-speaking staff member, she hints that the library still has some way to go to unify its community. 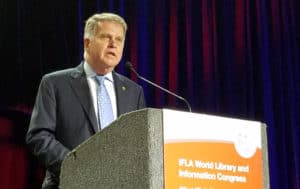 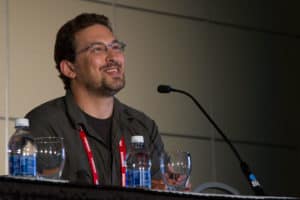