Lean on Community, Learn from Robots

“I always knew that it was my dream to one day write a book for young readers,” says Eve L. Ewing of her forthcoming book, Maya and the Robot (Kokila, July 13, with illustrations by Christine Almeda). Ewing is a writer and professor of sociology at University of Chicago who has published poetry, essays, and nonfiction, and written comic book series. Her work as a writer and teacher explores racism, social inequality, and American public schools. Because Maya and the Robot is her first work written specifically for middle-grade readers, she says, “this is one of the most important books I’ve ever written.”

Ewing believes we form our identities as readers as young people. “Elementary school is the time when most of us have the most robust reading life,” reading nearly every day and sharing thoughts with peers, she says. Sometimes events that seemed world-ending in youth can seem mundane in hindsight can be devastating within the emotional ecosystem of a young person’s life. “I wanted to write a book that would take young people’s emotional lives very seriously,” Ewing says.

It was important to Ewing to include examples of positive adult relationships in her book, including those that exist outside a nuclear family but within a community. “Many of us who come from cities, especially as Black people, we are accustomed to hearing people talk about us, our families, and our communities in ways that can be very pathologizing,” she says. “There were always people in my neighborhood that looked out for me.”

Drawing on her experience as a middle school teacher, Ewing aimed to portray STEM themes in a relatable way. “I am a nerd, I like technology, I like gadgets,” she says. She wanted to introduce readers to scientists who are real and relatable people, and invite STEM teachers to join in literacy education. “It’s partially about how the technology that we create reflects ourselves,” says Ewing. “But it’s also just silly and fun and I like robots.”

In more serious moments, Maya and the Robot touches on the effects of gun violence. Though it’s not described in graphic detail, the loss of a community member to gun violence echoes through the book. Through this theme, Ewing says, she wants adults to think about the fact that we live in a country where there are thousands of people killed by guns every year. “That’s an adult topic,” she says, “but every single one of those people had young people who cared about them and need to process this hurt.”

Ewing counts herself as lucky to have gone to an elementary school with a school library—something, she notes, that is less common now. Still, she says she was nearly suspended once after circulating a petition advocating for more library resources. “Everybody says they’re a library fan but I think I’m the biggest library fan,” Ewing says. “I will fight other people if they want to contest me over my library fandom.” 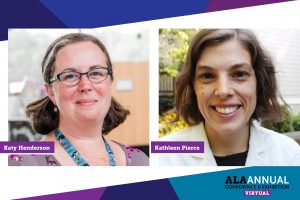 The Value of Brave Conversations with Kids 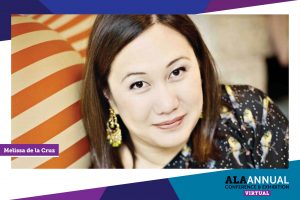 The Power of Fairytales