Emmanuel Acho was called to act.

“In the wake of the murder of George Floyd, as a Black man, I realized I had to do something,” the Fox Sports analyst and former National Football League (NFL) linebacker told attendees at a Featured Speaker session of the American Library Association’s 2021 Midwinter Meeting & Exhibits Virtual on January 24. “It’s my job to positively contribute to society.”

What resulted was his YouTube series and subsequent book Uncomfortable Conversations with a Black Man (Flatiron Books, November 2020), both aimed at teaching white audiences about systemic racism and Black culture through honest answers and historical context. “I really just wanted to pose the questions that so many white people don’t have a Black friend to ask,” said Acho.

He is, perhaps, uniquely positioned for the task. Acho said that growing up as the son of Nigerian immigrants, both doctors, he attended the predominately white and affluent St. Mark’s School of Texas in Dallas. Students said things to him like, “Emmanuel, you don’t even talk like you’re Black” or called him “an Oreo,” he recalled. It wasn’t until he played in the NFL, he said, that he became fully immersed in Black culture.

“There’s a difference between color and culture,” Acho said. “Everything I went through in my life led me to this moment … My immersion in white culture, mixed with my immersion in Black culture, is what has allowed me to facilitate these discussions.”

The discussions in his YouTube series and book were largely inspired by real messages he’s received. “[Someone wrote,] ‘I’m white and raising Black children—can you do an episode on that?’” said Acho. “If nothing else, there is one person who I’m answering that question for.”

Acho understands there is a lot riding on these conversations. “There’s so much weight to the topics, that’s what makes it challenging,” he said. But he is heartened that “people’s knowledge around social justice and social unrest is evolving.”

He likens his efforts to broaden knowledge and change the minds of individuals to knocking over a row of dominoes. “The first domino never knew it was going to knock over 200,” said Acho. “Let me affect the person living next door to me; let that domino knock over the rest.”

“I think it’s imperative for the young readers” to have this information, Acho said. “Racism in our nation primarily exists involuntarily.” He points out that although white students might not be segregating or using the N-word, they don’t understand the racism behind statements like “You’re so pretty for a Black girl.” “You’re still involuntarily killing the emotions of Black people” by making statements like that one, Acho said.

For that reason, he sees his mission as a worthwhile one: “I believe that an ounce of prevention is better than a pound of cure.” 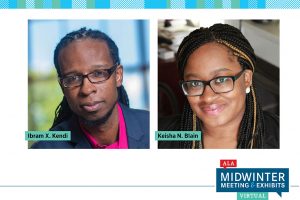 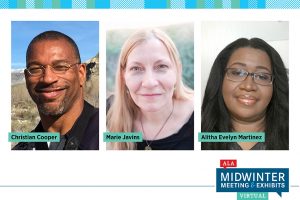