Shortages of surgical masks, N95 respirator masks, safety goggles, and other personal protective equipment (PPE) have created a desperate need among health care workers as the COVID-19 pandemic escalates in the US.

Archivists and conservators from university libraries across the country have been pitching in to help bridge the supply gap, donating their supplies of the PPE typically used in the restoration of materials. Through networking with local health care providers, libraries are getting lifesaving supplies where they’re needed most.

Eric Alstrom, head of conservation and preservation at Michigan State University (MSU) Libraries, says that he first heard about libraries making donations on an American Library Association listserv for preservation administrators. MSU Libraries uses the N95 respirators and disposable gloves in the restoration of centuries-old texts, but they also keep them on hand for disaster preparedness.

Alstrom and other library staffers were already getting PPE into the hands of local health care workers—the library had recently purchased a stockpile of N95 masks and other supplies—when the university’s Environmental Health and Safety Unit began collecting them from departments across campus, Alstrom says. The library donated more than 100 N95 masks and 500 gloves, he said.

Similar stories played out at other universities, when staff and administrators realized they could put the lifesaving equipment to vital use.

Shannon Zachary, head of the Department of Preservation and Conservation at University of Michigan (U–M) Library, said in an email that the U–M Library Disaster Response Team had also recently purchased a large supply of gloves, ventilators, and goggles but ended up donating them to Michigan Medicine. “While a pandemic wasn’t exactly the emergency our Library Disaster Response Team was preparing for, we did have some necessary supplies and could get them where they were needed,” she said.

Conservators at Emory University Libraries in Atlanta and its Michael C. Carlos Museum heard about the need for donations through the news. Emory Healthcare has helped expedite the process, publishing a guide for donating PPE, according to Kim Norman, head of library conservation. “Delivering supplies to the Emory site is an easy drive-up location, and staff is waiting there to receive all donations, curbside,” she said in an email.

Lawrence Houston, conservator at East Carolina University’s Joyner Library, teamed up with the university’s Maritime Conservation Lab. “While we use N95 masks for conservation work on mold-damaged paper, and [the Maritime Conservation Lab] used N95 masks for the dusty work of chipping away the dross from archaeological shipwreck concretions, we both recognize that preservation of life means more during any time of crisis,” Houston says. “In some cases, our objects had waited hundreds of years for conservation treatment; they could wait just a little while longer.”

While some PPE collection efforts were orchestrated through the university’s disaster preparedness teams and a network of administrators, some archivists have worked independently to gather the protective gear. Kara McClurken, director of preservation services at University of Virginia Library, said in an email that she was packing up her office in preparation for working from home when she remembered that her department had a supply of PPE.

McClurken contacted a local doctor she knew and arranged to deliver the protective gear. “So I grabbed the ones in my office and spent the morning contacting staff in all the branches who might have stashes,” she said. Her efforts netted nearly 200 masks for a local health care facility, and she encouraged others to do the same.

Miriam Nelson, head of preservation and digital initiatives at Ohio University Libraries, heard about the effort from McClurken. She stressed the importance of coordinating with a health care facility in advance. “I knew our hospital was trying to limit visitors, so I didn’t want to just show up with a donation,” she said via email. “Instead I called the health department to see if there was a centralized place for donations. They were already in the process of inventorying PPE and had the ability to get equipment where it was most needed, not just within the city of Athens but the entire county.”

“It’s really easy for folks to do this,” McClurken said. “Many of us know a health care worker or a first responder. Check in with them.” 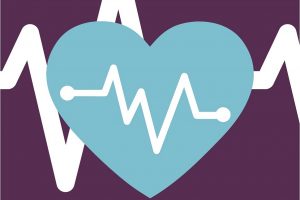 Libraries’ Next “Act” in Health During COVID-19

Libraries Connecting You to Coverage, resources from PLA | Sponsored