Patrons are rolling up their sleeves and getting dirty with the offerings cropping up at public libraries across the country—farms, gardens, orchards, and food-literacy classes, to name a few—and librarians say the grow-it-yourself movement is only expanding.

For some libraries serving vulnerable populations, food-producing gardens and nutrition initiatives are born out of necessity. Others have launched programs to advance the causes of sustainability and education.

When David Mixdorf was named director of the South Sioux City (Neb.) Public Library in 2009, he was well positioned to establish the library’s first community garden. Mixdorf grew up on an organic farm and has worked the land in one form or another his entire life. “We’ve saved seeds in my family for years and years,” he says.

In 2009, the library was already giving out seeds to patrons. Within Mixdorf’s first year as director, he established the community garden on nearby private property donated by the library’s Friends group.

Mixdorf says it was a practical addition to the library’s traditional services, as many area residents are blue-collar workers who live in food deserts, where grocery stores lie far away and nutritional food options are scarce. He says his library’s extensive program has come together through a mix of volunteers and residents paying the city $10 to $15 annually for the garden plots. “The majority of them get used every single year,” he says.

The program has grown steadily and now consists of two gardens with a combined 60 plots; an orchard with more than 200 apple and fruit trees, berry bushes, beehives, and a section for native prairie flowers; and roughly 20 classes a year on gardening, canning—yes, you can check out canning equipment from the library—and grafting, among other subjects.

Food literacy and access to healthy meal options are also pressing issues in Sacramento, California, according to Jill Stockinger, supervisor of the Rancho Cordova branch of the city’s library system.

“Over 60 percent of children in schools in our neighborhood are under the poverty level and qualify for free breakfast and lunch programs,” she says, noting that more half of the children in the community are obese.

The first Read and Feed Teaching and Demonstration Garden was launched at the library system’s Colonial Heights branch in 2011 with a $13,000 grant from the Junior League of Sacramento. A second garden was built at Rancho Cordova the following year, Stockinger says. Both areas that the branches serve are considered food deserts.

“One parent said, ‘My child had never eaten broccoli before, but he grew it and now he wants to eat it.’”

While some food production and nutrition programs have developed out of a need to make food more accessible, others are a result of patrons simply wanting to learn more about growing their own food.

Jill Youngs, manager of the Cicero branch of the Northern Onondaga (N.Y.) Public Library, says her organization’s LibraryFarm program was started about five years ago “because it was fun.”

About 35 to 50 “plotters,” as they are called, run the library garden as volunteers, she says. “It’s very organic,” Youngs jokes. “It depends on who shows up and with what tools.”

One parent said, ‘My child had never eaten broccoli before, but he grew it and now he wants to eat it.’ —Jill Stockinger, supervisor of Sacramento (Calif.) Public Library’s Rancho Cordova branch

She says patrons in her community have a general commitment to sustainability, but the program has also resulted in the donation of “well over 200 pounds of fresh produce” to local food pantries.

“Some people don’t have the space [for their own garden] and some people just want to learn,” Youngs says. The library has strengthened its program by adding classes such as “Beekeeping 101,” “Putting Up Your Harvest,” and “Organic Pest Control.”

Youngs, as well as her counterparts in Sacramento and South Sioux City, says she is frequently contacted by other library administrators across the country looking to start their own food-producing gardens.

At least one library administrator, however, is looking toward the future of the library as a farm.

Jodi Shaw, coordinator for the American Library Association’s Sustainability Round Table, has been working to bring farms to the rooftops of libraries throughout Brooklyn, New York. Shaw, a children’s librarian for Brooklyn Public Library (BPL) who is working independently of the library system in her research, says BPL has 60 branches with viable rooftop space, or what amounts to approximately 138 acres of farmland right in the heart of the city.

She acknowledges that her “radical idea” would take massive resources or partnerships with existing rooftop farming operations to make such a program a reality. She’s been closely watching BrightFarms, Brooklyn Grange, and Eagle Street Rooftop Farm—three operations running rooftop farms in New York—for ideas and opportunities.

“It would take a lot for libraries to convince people to do this,” she says. “The goal is to get every citizen in Brooklyn producing their own food,” she says. 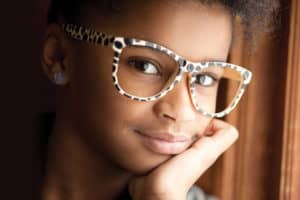 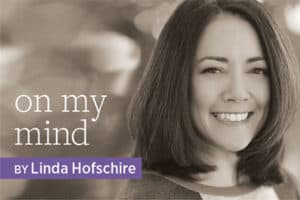