On Monday, the Association for Library Collections and Technical Services held a session on “Saving Collections, Sharing Expertise: The FIPNet Collaboration across Library Specialties,” which explored the efforts of the Government Publishing Office (GPO) to preserve government information in both tangible and digital format.

Tammy Zavinski, conservation specialist at the New York State Archives, said that the Federal Library Depository Program was established in 1813 to ensure that certain government publications were distributed to public and academic libraries. “The intent was to make sure that information was available to everyone,” she said, “especially those who were disenfranchised.” These federal documents chronicle 240 years of American government history, yet they are subject to the same decay and neglect as other paper books.

In 1996, the ALA Government Documents Round Table’s Rare and Endangered Publications Committee was established to identify and coordinate efforts to save at-risk titles. Its focus was on electronic formats and on making sure there were sufficient distribution copies, Zavinksi said. The GPO is also dedicated to preserving digital content, despite such challenges as changing file formats, computer viruses, and assigning persistent identifiers.

David Walls, GPO preservation librarian, described the Federal Information Preservation Network (FIPNet), a collaborative network of information professionals, established in 2015, who work in various partner roles to ensure access to the national document collection for future generations. “Partners include depository libraries, the Library of Congress (LC), the National Archives, state libraries, and any public or private institution that wishes to participate,” he said. “The University of North Texas was our first official partner. We welcome other interested libraries, although the process of actually becoming an official partner is still being worked out.”

FIPNet partners would work with the GPO on such activities as:

“You would think that the Library of Congress holds everything ever created by the federal government,” said Jeanne Drewes, LC’s chief of binding and collection care, “but you would be wrong.” In almost any library collection, she added, “there are materials that are not held by LC, which is why there is a shared responsibility among federal and other libraries” to maintain a distributed, accessible collection.

“It’s a collective stewardship,” Drewes said. “We need to be a really good documents family and communicate well across the holding libraries by sharing information.” 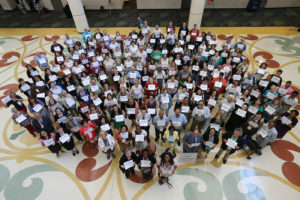 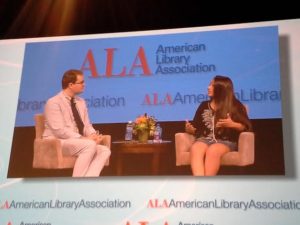