Libraries hoping to use archival resources to create local history documentaries received valuable tips at “It’s a Wrap: Librarians, Filmmakers and Archival Collections,” a program held June 24 at the American Library Association’s (ALA) 2018 Annual Conference and Exhibition in New Orleans.

Daardi Sizemore Mixon, university archivist and special collections librarian at Minnesota State University, Mankato (MSU), and her colleague Monika Antonelli, outreach librarian, explained how, as part of the university’s 150th anniversary celebration, the MSU library produced a 50-minute documentary titled Two Weeks in May. The basis for the film was Out of Chaos (Minnesota State University Mankato Foundation, 2006), a book detailing the two weeks of Vietnam War protests that shut down the university in 1972.

Before beginning the discussion, Mixon and Antonelli screened 10 minutes of the film for program attendees. The clip showcased archival footage of the protests and the Vietnam War, interspersed with interviews with history professors and alumni. After the screening, Mixon and Antonelli described the 19-month production process, which entailed consulting the university’s collection guides, digital collections, and archives, as well as external resources like YouTube, public domain repositories, the National Archive, and alumni.

The librarians said they learned much about the filmmaking process as well as about supplemental issues like funding, DVD mastering, and copyright. Antonelli took film production classes in order to keep up with the student filmmakers who were hired to work on the film. The experience was enlightening, she said: “I realized that filmmaking is a collaboration.”

Mixon and Antonelli provided numerous pieces of advice for librarians interested in pursuing a documentary project, from ensuring that you have a firm grasp of local history before beginning to the importance of employing volunteer film students, who can often incorporate the work into their own studies. Most important, however, they stressed that the film must fit the library’s mission. 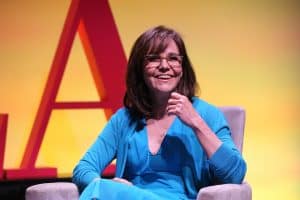 Putting the Pieces Together

Sally Field opens up about her life, career, and new book 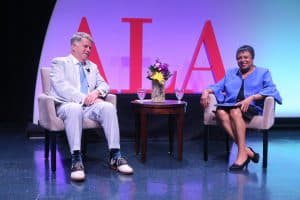