“If People Don’t Read It Here, It Doesn’t Help Much”

Circumventing censorship and bringing marginalized voices to the fore in translation

Censorship takes different forms: government-led, economic, and self-imposed, to name a few. Translating and making marginalized works available helps shed light not only on other cultures, but on the often-subtle mechanisms of oppression that operate even in more open environments.

On Monday, June 26, the American Library Association’s Office for Intellectual Freedom (OIF), the Association of American Publishers, and the Global Literature in Libraries Initiative brought together for the program “Banned Abroad: Stories of International Censorship” panelists who have worked as publishers, translators, editors, and researchers to discuss their experiences with works that have been censored or banned in their original languages.

Led by OIF Director Jamie LaRue, each of the panelists revealed subtle—and not-so-subtle—ways in which works can be oppressed. Inci Sariz, a PhD candidate in comparative literature who is researching the interplay of censorship, translation, and ideology in authoritarian regimes, identified three types of censorship: preventive, in which a work is banned before it is published; recall, in which a book is pulled from the shelves; and self-censorship, the hardest to track, in which an author or artist keeps their work to themselves. She herself confessed to adjusting the scope of her dissertation to avoid potential issues in her home country of Turkey.

Part of Sariz’s research focuses on a facet of Turkish law that entangles translators in disputes about the obscenity of works they have translated by considering translators “authors.” This creates a unique situation in which translators can be punished for accurate work and held responsible for not deliberately blocking or modifying ideas in the original text. For translating contemporary authors as well as older works by William S. Burroughs and Guillaume Apollinaire, translators and publishers were tried for obscenity and “insulting Turkishness.” The most high-profile cases were postponed in 2012, with the stipulation that the work would not continue. However, the two largest publishing houses involved defied the order and published “obscene materials” by the same authors, with the same translators. They have yet to be punished.

Under the most openly oppressive governments, publishing dissident work may seem impossible. “It’s a very unusual situation to not to be able to be published in your own country upon pain of death,” said Peter Blackstock, senior editor at Grove Atlantic, but publishing dissident literature can put a writer in exactly that situation in North Korea. Blackstock spoke about the unique difficulties surrounding the publication of The Accusation, a collection of short stories by an anonymous North Korean author known only as Bandi. The manuscript was smuggled out of North Korea in hard copy—more than 700 handwritten pages disguised in a book of propaganda—and published in South Korea. “It’s a very powerful literary book, but it’s also a very important document,” Blackstock said, noting that it is the first dissident work from North Korea to be published while the author is still in the country.

The writer’s identity is well protected, which introduced additional challenges to the translation. Because the North Korean language has been isolated from outside influence for decades, even the South Korean publication required a glossary, and the English translator could not consult the author for clarification.

When Words Without Borders first attempted to publish an issue of North Korean work in 2003, the editors were unable to obtain works from within the country that were not state-sanctioned. Instead, the magazine published official propaganda accompanied by essays and commentary. While she says that the magazine is not intentionally political, Susan Harris, its editor, believes it is impossible to publish literature without being political. She emphasized that works in translation can help humanize people from other countries, particularly for Americans who often are taught to view others “strictly through a political prism.” The magazine has published works from 133 countries that have been translated from 113 languages. Typically, one author in each issue will have had their works banned or challenged in their home country.

Harris explained that the limited number of publishers translating works into English effectively banned marginalized voices by making them difficult to access. “Publishing anything is difficult,” she said. “When you add on top of that the extra expense, production time, and editorial work involved in translations, that is a difficulty that many publishers are not able or willing to undertake.”

Still, translating works is only part of the battle to inform readers. “I don’t care if a book was banned in another country,” said Ross Ufberg, cofounder of New Vessel Press. “If people don’t read it here, it doesn’t help much.” He urged librarians not to be afraid of the difficulty of these books because “they come at all levels of reading: some that a high schooler could read, some that an eight-year-old could read.”

Censorship, he explained, can be insidious. “The thing about censorship is that it doesn’t always mean an authority says ‘Your book can’t be published here’ or ‘You can’t stay here anymore,’” he said. In the case of former Russian leader Nikita Khrushchev, authorities never said his memoir could not be published, but publication was continually delayed. Knowing that its publication in Russia was unlikely, he had the manuscript smuggled out of the country. “It’s not like it a was a great rallying cry for freedom,” Ufberg said of the memoir, “but it was still important that it saw the light of day.” 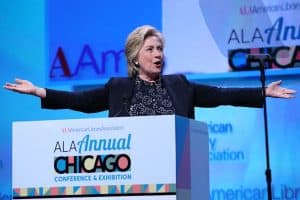 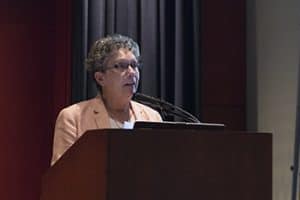